Millennial Media released its monthly Mobile Mix report this morning, finding (among other things) that Verizon’s iPhone represented 4.5% of U.S. iPhone Impressions in the two weeks following the launch.

Verizon is about 3 years behind AT&T in terms of offering the iPhone. Verizon said that it had a record first day of sales in the history of the company. “In just our first two hours, we had already sold more phones than any first day launch in our history. And, when you consider these initial orders were placed between the hours of 3 a.m. and 5 a.m., it is an incredible success story. It is gratifying to know that our customers responded so enthusiastically to this exclusive offer – designed to reward them for their loyalty.”

The device became generally available from Verizon on February 10.

Verizon accounted for 20% of all carrier impressions on Millennial’s network in February. That network reaches 90.3 million monthly users in the U.S. Here are the top manufacturers and devices for the month, according to Millennial Media: 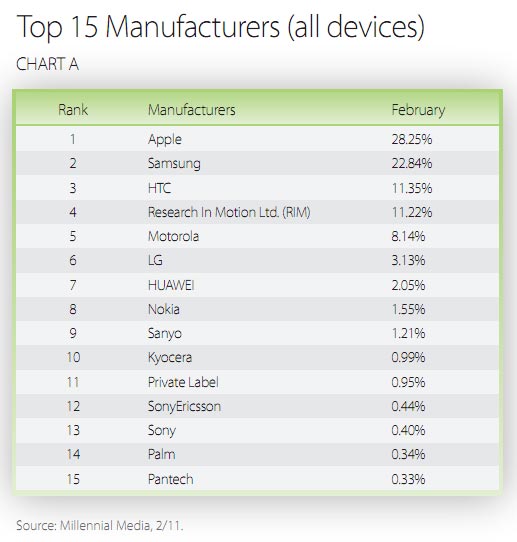 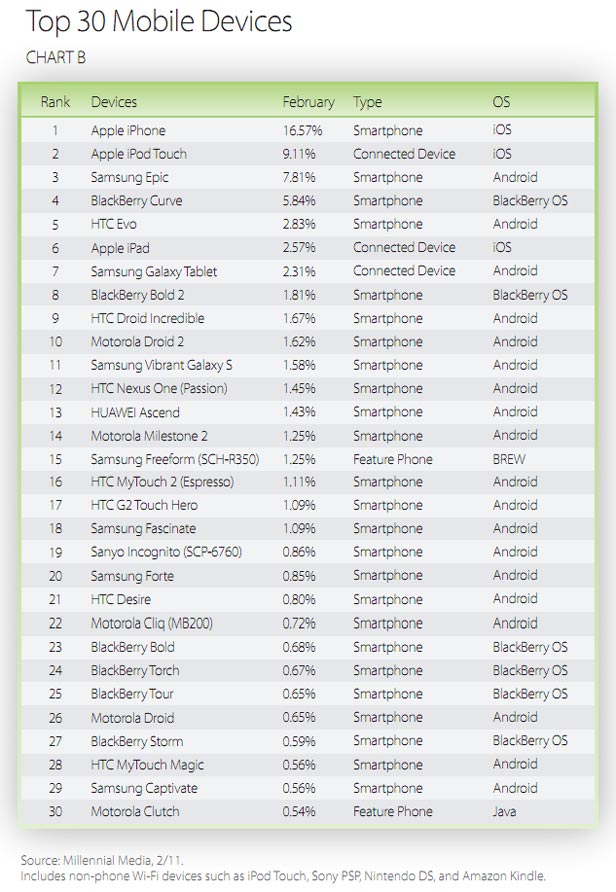 Android led iOS as the largest Smartphone OS on Millennial’s network for the third consecutive month, with a 51% impression share.

A study released this week by Blaze Software finds that the latest Android devices load Web pages 52% faster than the iPhone 4.

Addicted to Angry Birds? Mike Tyson's Got A Cure