U.S. paid search made solid gains in 2010 with 18.5 percent growth year-over-year, according to a new report from SearchIgnite. 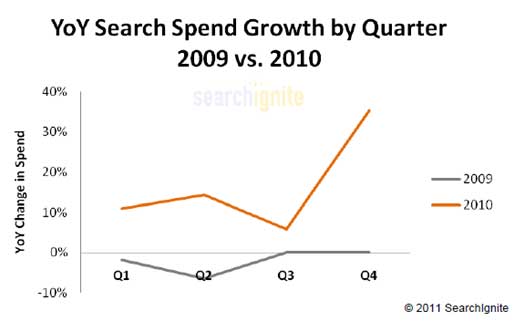 “2010 proved to be a great year for search advertising as the search market recovered from the downturn,” said Roger Barnette, CEO of SearchIgnite.

“Even more promising is the revival of consumer spend throughout the year and the strength of Average Order Values in Q4. We expect 2011 to be a strong year for search and online advertising overall.”

Other findings in the report include:

iPhone Users Found To Be Most Loyal