Last month at Chirp, Twitter’s Developer Conference, the company announced that it was up to 105,779,710 registered users, confirming Twellow Developer Matthew Daines’ estimate that they had surpassed 100 million users.

Daines has now shared his latest numbers for Twitter – for the month of April. Total tweets sent went up to about 1.7 billion for the month, a 10.6% increase over March. New registrations rose to 10.5 million, or 6.75% over March.

"I’ve adjusted the new user registrations graph for this month to reflect the approximately 20% of disabled or suspended accounts on Twitter," explains Daines. "Total actual Twitter IDs in the Twitter system was almost 139 million, so the 112 million reflects my 20% estimate." 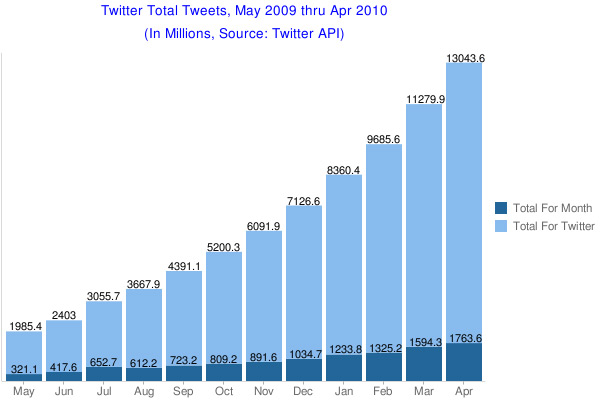 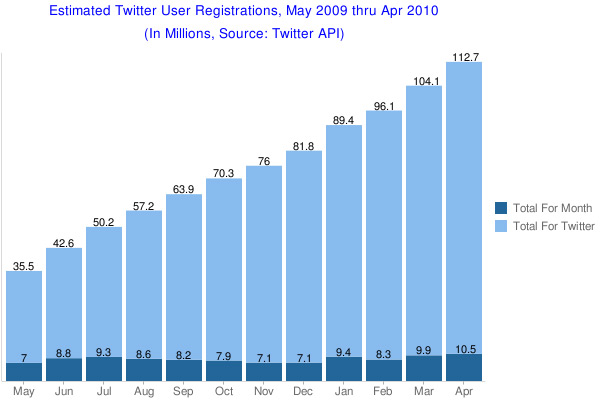 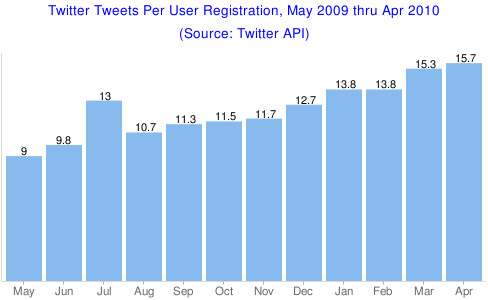 Daines also points out that he made a few corrections to his data. "March tweets have been revised down to 11.2 billion total from 11.4, and 1.59 billion for the month instead of the previously reported 1.72 billion." Our previous report for March can be found here.

May 5, 2010
Latest Posts
Registration is disabled.