Each month, we look at Twitter’s growth in terms of new user registrations, number of tweets, and tweets per user registration. This info is provided by Matthew Daines, the lead developer of Twellow, our Twitter app, which serves as the Yellow Pages for Twitter.

According to the numbers for May, registrations were up 9.8% over April to 11.5 million, while total estimated registered users stood at 122 million (based on previous estimates of 20% suspended or deleted accounts). Tweets added rose 19.7% over April to 2.1 billion, which represents 16.2% of all tweets ever posted, Daines says.

Here is a look at his graphs: 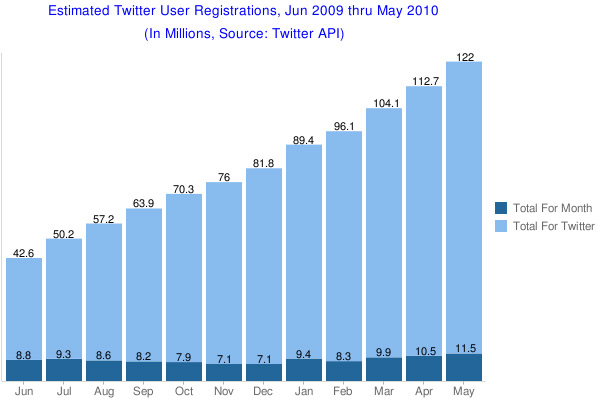 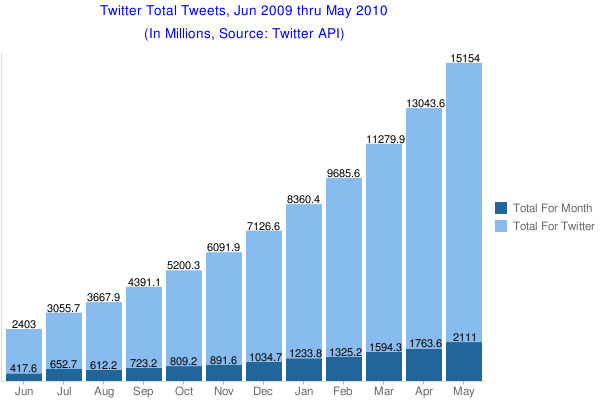 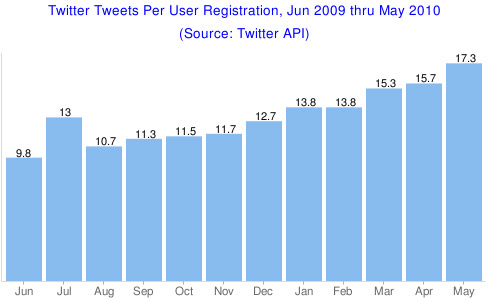 "These numbers verify that indeed the Pingdom report of 2 billion tweets for May is accurate, as cited by Doug Caverly yesterday," says Daines. "The number of tweets per estimated registered user is up to 17.3, suggesting that active users are more active than ever in the last 12 months."