Each month we’ve been looking at Twitter’s growth in terms of new user registration and number of Tweets. Last month we saw a decline in the number of new Twitterers in November continuing a trend that began in July.

In December, however, new Twitter user registrations leveled out. Number of tweets grew significantly, and the number of tweets from new users grew as well, possibly indicating that people aren’t just signing up for Twitter and not using it. 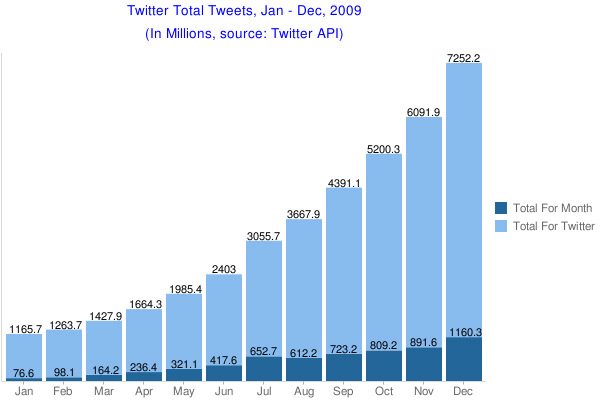 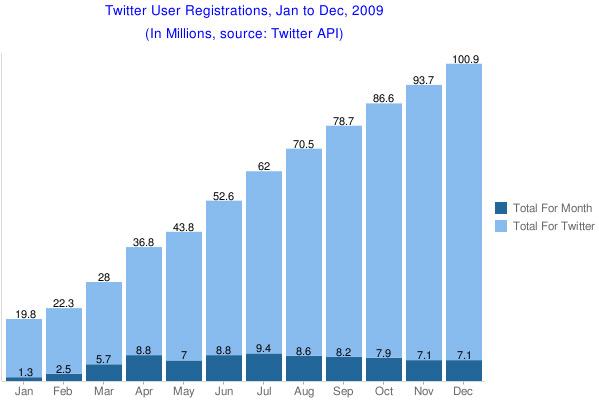 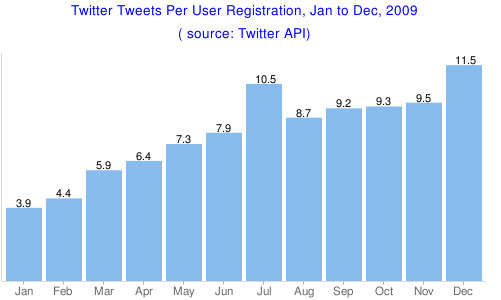 "For the year, Twitter registrations increased almost 545% over the the number registered on January 1, 2009, while tweets sent per month increased in December 1,514% over those sent in January," notes Daines. "Again, I have no idea how many of these accounts are suspended or inactive, so the actual number of registered accounts might be less than 100 million, but the numbers seem to show growth continuing for Twitter."

The numbers seem to suggest a good start to the year for Twitter. The company also recently made some new hires (including some former Googlers) and has some interesting things in the works, such as new features for businesses and the opening of its firehose, which will lead to a lot more innovation in Twitter apps. Things appear to be looking up for Twitter.

IT Spending Set For Global Rebound In 2010