"If you have been following the events in Haiti since the devastating quake last month, then you know of the initial bursts of compassion," says Stone. "International dialogue now shifts from lifesaving relief to long term restoration. Officials are saying this may take ten years at a cost of billions."

"Post-disaster needs assessment is underway and there will be an international donor conference late next month in New York City," he adds. "In the meantime, there are ways to stay involved in sustained efforts such as the WFP’s monthly donation program." 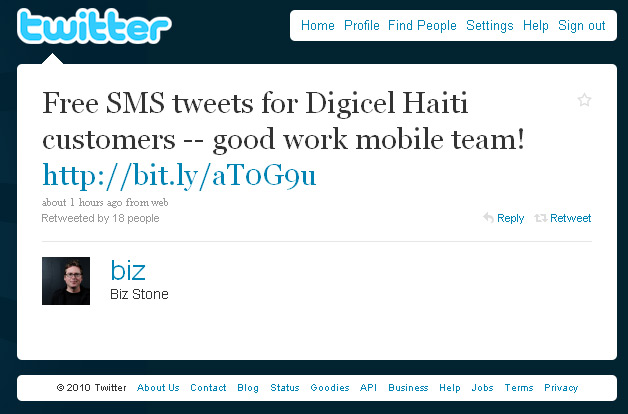 Mobile Phone users in Haiti can activate the service by texting "follow @oxfam" to 40404. Twitter says accounts are created on the fly and any account can be followed in this manner.

Twitter has been cited as a tremendous help in post-earthquake Haiti relief efforts. Not only did non-profits use it to help get the message out, and raise donations, but Twitter users have found ways to connect victims and their families in other countries.

Links Not Always the Best Indicator of Relevance