Now that the Mac App Store is open, we can expect to see apps start flooding the market. This includes the usual suspects, like Twitter.

"Tweetie for Mac was a desktop client that was originally created by atebits developer Loren Brichter prior to our acquisition of atebits last April," explains Twitter’s Carolyn Penner. "Twitter for Mac is a new version updated by Loren and team during Twitter’s first Hack Week in October." 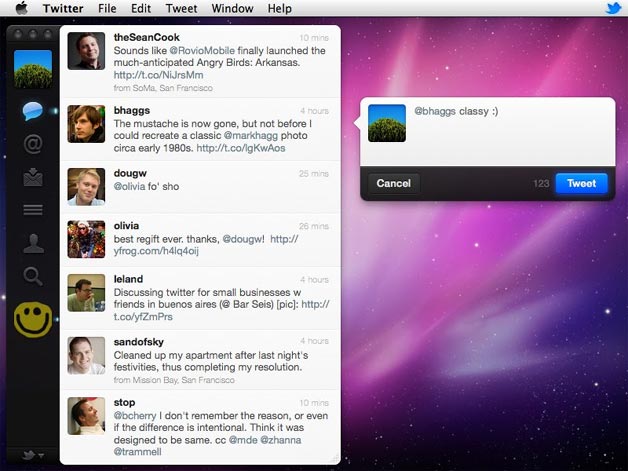 "We acquired atebits with a focus on launching our own Twitter iPhone application," adds Penner. "Since then, we’ve been asked repeatedly for a new version of Tweetie for Mac. We decided that the new version fits well into our goal of ensuring that mainstream users will have the best possible experience on popular platforms."

The Mac App Store launched today with over 1,000 apps. One can only imagine that it won’t take long for that number to skyrocket. It will be interesting to compare its popularity with the Chrome Web Store, which has kind of gotten off to a slow start, though Chrome OS – the main reason for its existence – has yet to become available to consumers.