Twitter claims not to be taking an active role in the dispute, but it’s definitely applauding developers who try to make Twitter.com available in China and Iran.  Ev Williams endorsed workarounds and rejected compromises while speaking at the World Economic Forum in Davos. 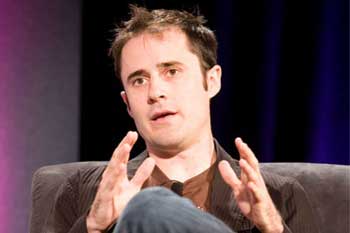 According to John Gapper, Williams said, "We are partially blocked in China and other places and we were in Iran as well."  He then continued, "The most productive way to fight that is not by trying to engage China and other governments whose very being is against what we are about.  I am hopeful there are technological ways around these barriers."

Still, it appears that Williams, who has said before that he’s proud of how Twitter helped Iranian protesters spread their message, won’t in any way cooperate with oppressive regimes.  And his comments could definitely equal a show of support for Google as it considers abandoning China.

Just don’t expect to hear much more about this stuff from Williams, as Gapper wrote, "Mr Williams did not want to give details of the technology being developed in order to avoid giving clues to governments that wanted to block its service."

A Markup That Could Have Big Implications for SEO

Ford Shows You Can Have Your Office in Your Truck