Update: Sarah Perez at ReadWriteWeb has a helpful piece up, detailing some of the widespread confusion around this issue, and why things may not be as bad for ad networks as they initially seemed.

Original Article: Twitter announced today that it will not allow any advertising from third parties in its timeline or any service that leverages the Twitter API. The company is updating its terms of service to reflect its new policy.

The reasoning for this is basically described as a way to "meter the impact" of Twitter’s own Promoted Tweets (launched at the company’s developer conference last month), and ensure the long-term success of advertisers.

Of course there are already a number of services out there offering their own forms of Twitter advertising, and have been doing so for quite some time (before Twitter announced its own version). It is unclear just what will happen to such services, but they will likely find ways around it. For instance, there are already some, like TweetUp, whose ads don’t actually appear in the timeline. 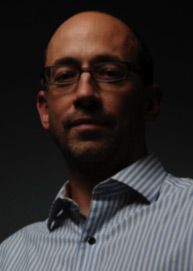 "Why are we prohibiting these kinds of ads? First, third party ad networks are not necessarily looking to preserve the unique user experience Twitter has created," says Twitter COO Dick Costolo. "They may optimize for either market share or short-term revenue at the expense of the long-term health of the Twitter platform. For example, a third party ad network may seek to maximize ad impressions and click through rates even if it leads to a net decrease in Twitter use due to user dissatisfaction."

"Secondly, the basis for building a lasting advertising network that benefits users should be innovation, not near-term monetization," adds Costolo. "Twitter is uniquely dependent on and responsible for the long-term health and value of the platform. Accordingly, a necessary focus of Promoted Tweets is to explore ways to create value for our users. Third party ad networks may be optimized for near-term monetization at the expense of innovating or creating the best user experience. We believe it is our responsibility to encourage creative product development and to curb practices that compromise innovation."

Twitter says when its Annotations feature comes out, there will be more opportunities for businesses on the Twitter platform. The company says it will move as quickly as possible to deliver Annotations so businesses who have invested resources in areas affected by the change in terms of service, will be able to create new solutions.

May 24, 2010
Recent Posts
Registration is disabled.