The developers of TweetDeck are getting ready to beta test TweetDeck for Android, a move some might call long overdue. The incredible growth that Android is seeing is making the operating system hard to ignore (as a Netflix employee recently pointed out).

While it may be some time before Android users have a stable TweetDeck release, they can at least take comfort in knowing that it’s on the way. TweetDeck’s Iain Dodsworth writes:

First off, we’ve built Android TweetDeck from the ground up to be true multi-stream, laser focused on showing 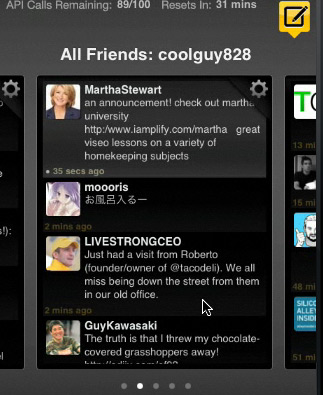 you all your friends’ cross-service activity in one app. Multi-column is still the order of the day but now columns are blended based on the type of activity rather than the service. And all this whilst retaining the most powerful functionality from each included service.

We’ve spent an inordinate amount of time making the app silky smooth from the column scrolling to the custom views – so much so that one of Google’s Android Developer Advocates recently described it as "a thing of beauty". So look out for the beta test later this week and please do get involved.

The upcoming Android version apparently will also foreshadow things to come for the iPhone and iPad versions of the app. Some new concepts in the Android app should be making their way to those (along with some bug fixes pending approval in Apple’s app store).

The desktop and web versions of TweetDeck may also see some additions borrowed from the Android incarnation. In the meantime, there is also an update for the desktop version available.

FBI Picks a Fight with Wikipedia