Eight days ago, Twitter introduced its Tweet Button for the sake of letting people share links from many other sites.  Now, to allow for the fact that not every publisher has taken advantage of the Tweet Button, Twitter’s made a Tweet Button Bookmarklet available.

Twitter’s Carolyn Penner explained on the Twitter Blog that the new Bookmarklet "allows you to tweet a link with your own commentary from anywhere on the web.  You just need to drag and drop the Bookmarklet into your browser’s bookmark bar." 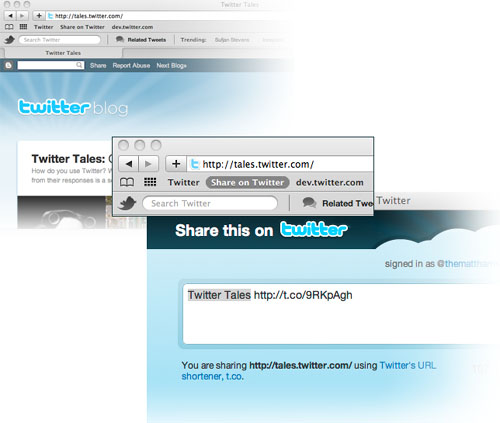 It’s probably a smart move on Twitter’s part to introduce the Bookmarklet.  As mentioned earlier, not every site owner in the world will have embraced the Tweet Button.

Also, considering that the Tweet Button broke a lot of sites for a short period, it’s quite possible some of the early adopters have backed away.

Have fun with the Bookmarklet if you decide to install it.

New Smartphones, Tablet on the Way from LG