Earlier this week, a company called Trusteer determined that mobile users are three times more vulnerable to phishing attacks compared to people sitting in front of desktops.  Now, in a move that’ll perhaps help address that problem (and others), Trend Micro has released its first security app for the Android platform.

The app, called Mobile Security for Android, is supposed to protect users in four ways.  The first feature is a safe surfing mode designed precisely to combat phishing attacks.  And download protection will also shield users who happen to come across something unpleasant online. 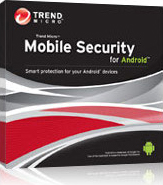 A third feature is slanted a little more towards privacy than traditional security.  Call and text filtering should nonetheless be welcome, though.

Finally, for adults whose phones might wind up in the hands of careless or overcurious kiddos, Trend Micro’s packaged parental controls into the app, as well.

Mobile Security for Android is meant to work on phones running Android 2.0 or higher.  A 30-day free trial’s available, while the full app costs $3.99 when it comes time to commit.

Interestingly, Trend Micro made clear that it’ll create many others apps for Android in the future.

FDA Warns Of Scam For People Who Buy Drugs Online

Tasks That Should Be On Your Local Search Shortlist