Toyota has launched a Facebook contest to celebrate the 10th anniversary of its Prius.

Toyota is inviting people to submit a video or several photos that show their enthusiasm for the Prius for a chance to host the 10 Years of Toyota Prius Anniversary Celebration in their hometown.

Toyota will select the top 10 finalists and then let the Facebook Prius community decide who should names the most passionate fan. 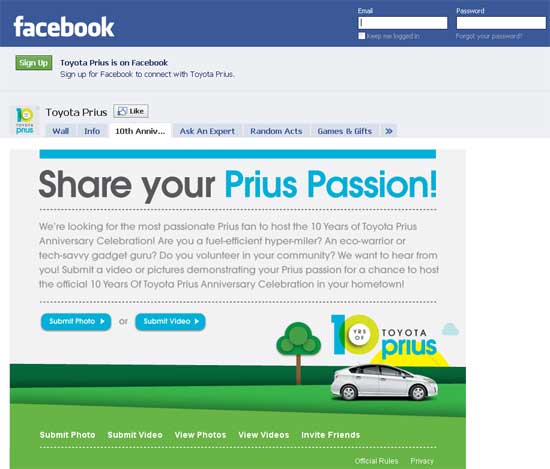 The submission is today through August 13. Users will be able to vote for the top 10 finalists on August 18 to August 27. The winner will be announced on August 31.

"Toyota recognized in the 1990s that sustainable transportation would become a huge challenge in the coming decades," said Jim Lentz, president and COO of Toyota Motor Sales, USA, Inc.

"Those realizations proved accurate, and if anything, even more profound considering what we know today."

Android Shipments Off the Charts