Today’s Google Doodle comes to you from seven year old Matteo Lopez. A student at Monte Verde Elementary School in San Francisco, his doodle entitled “Space Life” was announced yesterday as the overall winner of the 2011 Doodle 4 Google contest.

Doodle 4 Google is a nationwide contest that asks K-12 students to submit their own Google-inspired doodles. This year, the theme was “what I’d like to do someday.”

Last year, the contest received 33,000 entries. This year, the contest grew to over 107,000 applicants. Last year, students had to submit through their schools, but this year Google allowed parents to register their kids directly and submit doodles on their behalf.

Here’s the way the contest was judged: A panel of Google execs and guest judges narrowed down the 107,000 submissions to 400 state finalists across grade groups. The “guest judges” included celebrities like Whoopi Goldberg, Garfield creator Jim Davis, Michael Phelps and Diary of a Wimpy Kid author Jeff Kinney.

Those 400 state finalists were then narrowed down to 40 regional finalists. Online voting, open to the public, narrowed that down to the final four, one per age group. The winner was selected by Google.

So what did Matteo win for all this? A lot, actually. He will receive a $15,000 scholarship to the college of his choice, a trip to NYC, and new laptop and a digital design tablet. Matteo’s school with also get a $25,000 dollar grant for the establishment of a computer lab or other tech services.

Matteo won the whole thing coming out of the K-3 field. Here are the 3 winners from the other age groups- 4-6 (My Galaxy by Joseph Miller), 7-9 (The Majestic Sea by Justas Varpucanskis) and 10-12 (Illustration by Hannah Newsom) respectively: 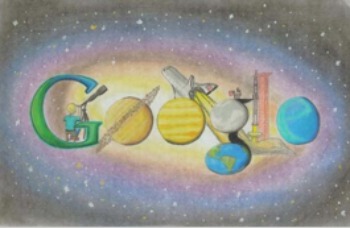 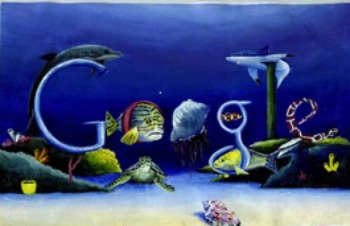 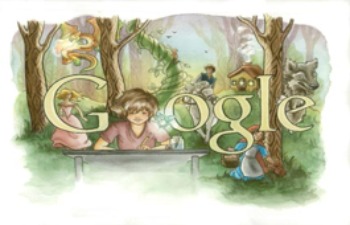 State winner from Kentucky for the grades 10-12 “Google Tattoo” is probably my favorite of the state finalists. Come on, this one is awesome: 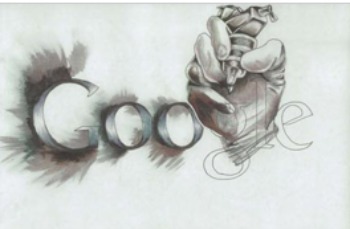 Google To Use Phone Contacts in Social Efforts?

Social Search Is A Matter Of Trust Not Technology

May 20, 2011
Recent Posts
Registration is disabled.