The Golden Globes were last night, and The Social Network (the movie about the founding of Facebook), did pretty well, as expected. The film was nominated for six awards, and won four.

Jesse Eisenberg, the actor who portrayed Facebook CEO Mark Zuckerberg in The Social Network, was nominated for the Best Actor, Drama award, but lost out to Colin Firth for his performance in the film, The King’s Speech. Andrew Garfield, who played Facebook co-founder Eduardo Saverin, was nominated for Best Supporting Actor, but lost to Christian Bale for his performance in The Fighter. 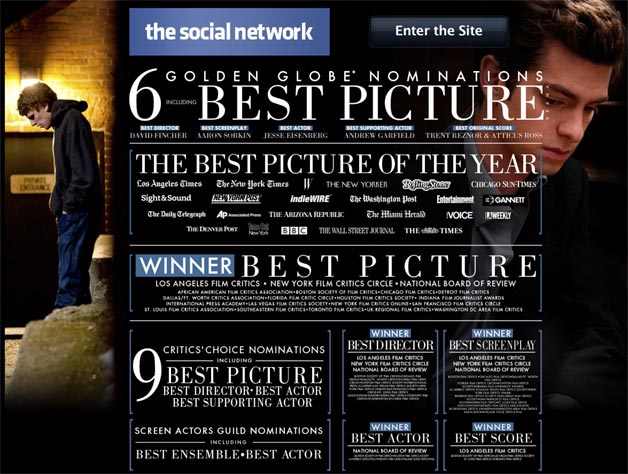 There has been a great deal of hype around the film since it was first screened to critics, and as awards season has officially gotten underway, it’s no surprise to see The Social Network get off to a solid start.

You can see my early review for The Social Network here. The film was released on DVD, Blu-ray, and digital download last week.

While we don’t expect to see a sequel to The Social Network, there have certainly been plenty of events surrounding Facebook to take place since the period of time in which the end of the film takes place. The first film has certainly been received well enough, so I wouldn’t rule it out entirely, but it would be surprising to see the original crew come back for another round of Facebook narrative.