The Small Details Can Make or Break Your Campaign

At ad:tech New York, Dan LaCivita, President of Firstborn, a creative agency that worked on a well-received campaign for Pepsi’s Sobe brand, along with Rami Jabaji, the Associate Brand Manager for Sobe, showed off the campaign kicked off earlier this year at SXSW in which they created a Flash-based app that allowed users to create fake (but real-looking) tattoos on images of themselves, with the intention of fooling their friends (and mothers).

The beauty of the campaign was not only the innovation behind it to begin with, but the fact that it easily translated to a variety of digital options. What started as simply an app at a kiosk at the event was eventually turned into a web application that anybody could use online and a mobile app that allows the user to take a picture of their friends and do the same thing.

"In typical client fashion, we asked for a turnaround in like a couple weeks," laughed Jabaji talking about the beginning of the companies’ relationship. The campaign was a success.

One small, but very important factor of the campaign was that the tattoos looked real. Otherwise, the whole thing would’ve failed miserably, as the two implied. "Tiny production details can make or break it," said LaCivita, referring to things like the tattoos in the app adjusting to the contours of users’ skin and added redness for a realistic effect. 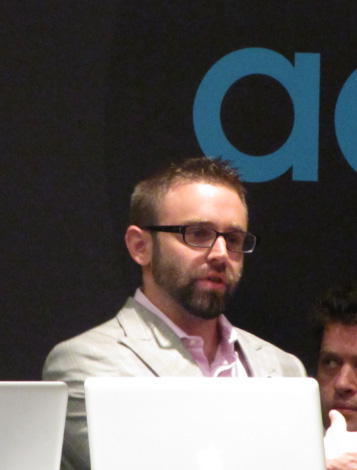 While the details will obviously differ from campaign to campaign and brand to brand, these are indeed words of wisdom. The small details can often make a huge difference.

Of course, as Jabaji pointed out, it also helps when you can use alcohol to lure people into your kiosk.