The PlayStation 3 Battles Are Continuing Quite Nicely

The war between PlayStation 3 owners/hackers and Sony is moving along just fine, thanks. Hackers want the freedom to alter their consoles how they see fit, and Sony sees that as a declaration of the intention to pirate software and does everything it can to shut that down. So back and forth we go. Although, Sony has the American legal system firmly in its camp, it still hasn’t stifled the efforts of those that want to jailbreak their bought-and-paid-for property.

It’s the circle of ownership in the modern era, apparently.

Sony latest move, confirming the law is indeed on its side, while perhaps ignoring the rights of property owners, and in this case, privacy, allows its legal team to subpoena PayPal. The goal of this quest is the acquire the records of one George Hotz, otherwise known as the infamous GeoHot, the hacker who Sony won a significant gag-order-style ruling against last month.

According to PCMag’s report, the subpoena will allow Sony discover the identity of who or what California entity deposited funds into Hotz’ account. The time period requested in the filing is from January 2009 until February 2011. Considering the jurisdiction of the initial case is being disputed by Hotz, — it was even questioned by the presiding judge, such a window of time gives Sony ample opportunity to strengthen its claim that the state of California is indeed tied to the restraining order trial.

On the hackers’ front, they have apparently struck another blow against Sony’s efforts to negate their work by jailbreaking the latest PlayStation 3 firmware update, version 3.60. Though the reliability of the latest hack is still in question, there is a video of the steps involved, if anyone dares to be so bold. Also, Myce.com has an interview with the hacker who apparently cracked Sony’s latest update. 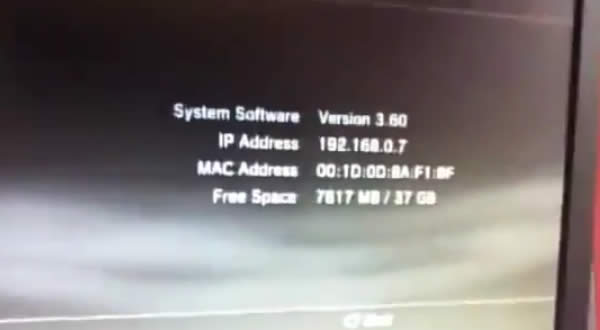 So what does all this mean for regular PlayStation 3 owners who aren’t interested in either side, instead, they just want to play games and watch Blu-Ray DVDs? Another firmware download for one, especially if the hack is legitimate. Those are always fun. It also casts doubt over the idea of Sony ever building a truly “unhackable” system.

Lastly, it’s being reported that Sony is running authentication software on the PlayStation Network to determine whether or not connected consoles are jailbroken. If so, they will be nuked from the network, permanently.