Microsoft unveiled 9 new Windows Phone 7 smartphones that will be available for the holidays in various parts of the world. Microsoft has partnerships with AT&T, T-Mobile, Telus, O2, Orange, SFR, Movistar, Deutsche Telekom, Vodafone, SingTel, and Telstra that will produce smartphone availability in the very near future.

"We have a beautiful lineup in this first wave of Windows Phone 7 handsets," said Microsoft CEO  Steve Ballmer. "Microsoft and its partners are delivering a different kind of mobile phone and experience — one that makes everyday tasks faster by getting more done in fewer steps and providing timely information in a ‘glance and go’format."

For the holiday season in North America, there will be 3 models available for AT&T (the HTC Surround, the Samsung Focus, and the LG Quantum), 2 for T-Mobile (the HTC HD7 and Dell Venue Pro), 2 from Telus (the HTC 7 Surround and LG Optimus), and 1 from América Móvil (the LG Optimus 7). 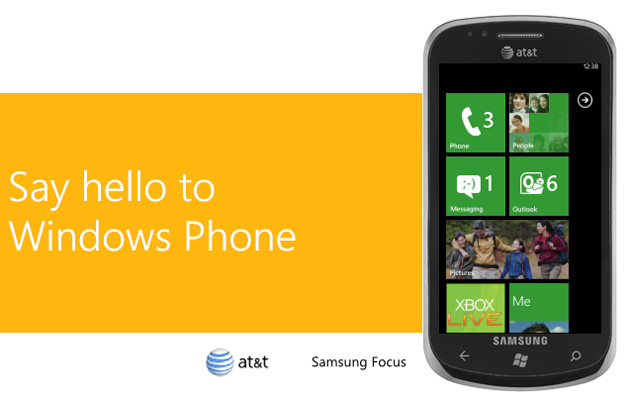 All models include a Snapdragon processor from Qualcomm.More models will come next year, including some from Sprint and Verizon. Some will also be available from the Microsoft Store and from Amazon.

Do you think Microsoft will be successful in the smartphone space? We discuss this a bit more here.