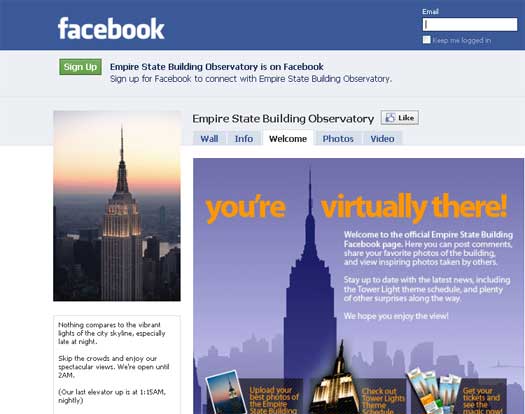 Via Facebook and Twitter, people can stay updated on future events, including the building’s 80th anniversary, which will happen in May 2011. People can also find facts about the building  and regular updates on celebrity visitors. In addition, the social media effort includes information about the building’s tower lights, which commemorate holidays, events and special causes.

"The Empire State Building has always been a symbol of ingenuity and progress, and we recognize the importance of innovating the building itself and the way we communicate to the world."