Update: Microsoft also reportedly has deals in place with Facebok and MySpace which will see these social networks integrated with Outlook as well.

More evidence that Google and Microsoft remain very interested in China has surfaced.  Both companies have struck deals with MediaTek, a semiconductor company that specializes in wireless communications, and said deals should help them make headway in China’s mobile market.

Microsoft and Facebook have "enhanced" their partnership with each other. The two companies will soon be providing Facebook users with what Microsoft refers to as a "more complete search experience". They will be providing full access to Bing features in Facebook. In addition, the Bing and Facebook connection will be extended globally.

Here are a couple of simple facts: Microsoft’s online services business lost $466 million during the last financial quarter, and most research firms put Google’s share of the search market at least 45 percentage points above Yahoo’s.  Still, Microsoft believes Bing can be competitive and profitable.

Microsoft has launched full HTML device targeting for advertisers, so that they can easily target mobile display ads to all handsets that can render full HTML sites (including sites developed for the PC Web). Such devices include iPhone, Android, and full HTML browser Windows phones and Blackberry devices.

We recently looked at Ford’s office-in-your-truck 2011 Super Duty, which was on display at the recent Consumer Electronics Show (CES) in Las Vegas. That featured Windows Embedded Auto software from Microsoft, but Ford’s not the only auto maker using this.

We also got an up-close look at tKia’s new UVO (Your Voice) system, which utilizes Windows Embedded Auto for some cool voice controlled features and more:

Don’t be shocked if one or more shrines to Windows 7 are erected in Redmond today.  Microsoft released its quarterly earnings report this afternoon, and thanks in large part to the new operating system, the company’s numbers look quite good.

Bing said today it has added new features to make it easier for users to search for and find financial information.

Bing says it has developed a "stock and funds pages" which covers most U.S. stocks and funds.

As we discussed before, Internet-ready vehicles were one of the more interesting themes throughout the recent Consumer Electronics Show (CES) in Las Vegas. One vehicle in particular that WebProNews got an up-close look at was the 2011 Ford Super Duty, which the company refers to as a "contractor’s dream."

According to data released by the AT Internet Institute, Microsoft’s Internet Explorer has fallen to under 60% of visits in Europe. The firm suggests that with widely publicized news of a major security flaw and moves being made by competing browsers, IE’s fall may not be reversed in the very near future.

U.S. retail operating systems boxed software revenue increased 35 percent in 2009, but it was not enough to lift non-games software into positive territory, according to new research from The NPD Group.

Total retail non-games software revenue fell 7 percent in 2009 to $2.4 billion.  That is an improvement over the 10 percent decrease in 2008. Unit volume for 2009 dropped 6 percent and average selling price dipped 2 percent.

Allow us to save you a couple of moments by verifying that today isn’t April 1st and that pigs haven’t taken to the sky.  Now, there’s little left to do aside from break the news: Apple and Microsoft are supposed to be in talks to make Bing the iPhone’s default search engine.

Microsoft has removed the beta tag from the Bing Maps Silverlight site. This means, at least according to Microsoft, that users can expect greater reliability, supportability, and further innovation.

Microsoft has improved its autosuggest feature on Bing to provide more timely results.

On the Bing Search Blog the company says that its research found 45 percent of search queries result either in a user conducting an immediate re-query, or quitting the page altogether.

As an example Bing cites the Golden Globe Awards and says its autosuggest now provides the latest news and information about recent winners.

Remember that proposed Microsoft Yahoo search and advertising deal? It’s still awaiting regulatory approval, but it might be a step closer to its destiny soon, no matter which way it goes.

The European Commission has set a deadline for a decision on approval of Microsoft’s bid (via Reuters). The date is February 19, or exactly a month from today. The deadline was published yesterday within a list of other deadlines for other deals.

Microsoft is making some updates to Bing privacy. The company sent a letter to the Article 29 Working Party, notifying them of its intention to make a change to Bing’s data retention policy. The company is reducing the amount of time it stores IP addresses from searchers to 6 months from 18.

In case you were wondering, Microsoft doesn’t plan to let the whole Google-China brouhaha affect its business strategy.  Steve Ballmer recently indicated that his company will more or less stay the course and throw Bing into the regional mix. 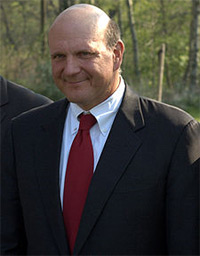 Part of the reason behind this decision might be that Microsoft hasn’t bought into the theory that China’s government participated in the hack that upset Google.  Or that it just felt unthreatened by it.

comScore has released the top 15 ad networks based on their reach among U.S. Internet users in December 2009.

The fastest growing ad network by audience reach among the top 15 was Microsoft Media Network, which grew 31 percent compared to a year ago, followed by Collective Network (up 22%) and Audience Science (up 16%).

AOL’s current search deal with Google is set to end in December, and when it expires, there’s no guarantee that AOL will stick with the search giant.  Today, AOL CEO Tim Armstrong implied that he’s weighing his options.