A new report from Symantec’s MessageLabs finds that short URLs in spam have reached a "historical peak". This type of spam has increased significantly over the past year.

"As far as spammers are concerned, any tactics that make it harder to block their spam emails are going to be exploited," says  MessageLabs Intelligence Senior Analyst, Paul Wood.  "When spammers include a shortened URL in spam messages, these shortened hyperlinks contain reputable and legitimate domains, making it harder for traditional anti-spam filters to identify the messages as spam based on the reputation of the domains found in the spam emails." 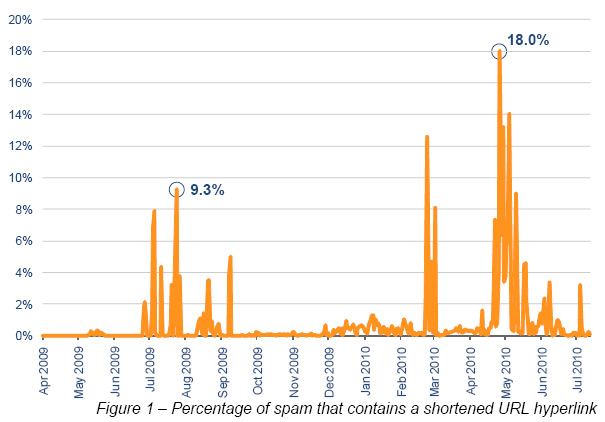 "While botnets are often the source of short URL spam, 28 percent of this type of spam originated from sources not linked to a known botnet such as unidentified spam-sending botnets or non-botnet sources such as webmail accounts created using CAPTCHA-breaking tools," adds Wood.

The report, which analyzes other spam trends as well, can be found here in its entirety.