Rackspace has kicked off SXSW Interactive with the announcement of the Rackspace Startup Program and Rackspace Cloud 2.0 an app for the iPhone, iPad, and iPad Touch (the timing of which also coincides with the release of the iPad 2).

The Rackspace Startup Program provides cloud resources to startups participating in programs with 500 Startups, TechStars, Y Combinator and General Assembly.    “A lot of folks don’t understand that Rackspace is actually a startup success story – they grew from a 10 person start-up to a leading cloud player, so they understand what it takes to succeed. Fortunately for the tech community, Rackspace continues to invest in entrepreneurs by providing compute power,” said Dave McClure, Founder of 500 Startups.  “Unlike years ago, these startups will likely never touch a server because the cloud provides a cheaper, easier way to operate – which is key for any startup that is boot-strapped and short on time.  We’re using Rackspace at 500 Startups, and we’ve been consistently pleased with both the service and the support.” 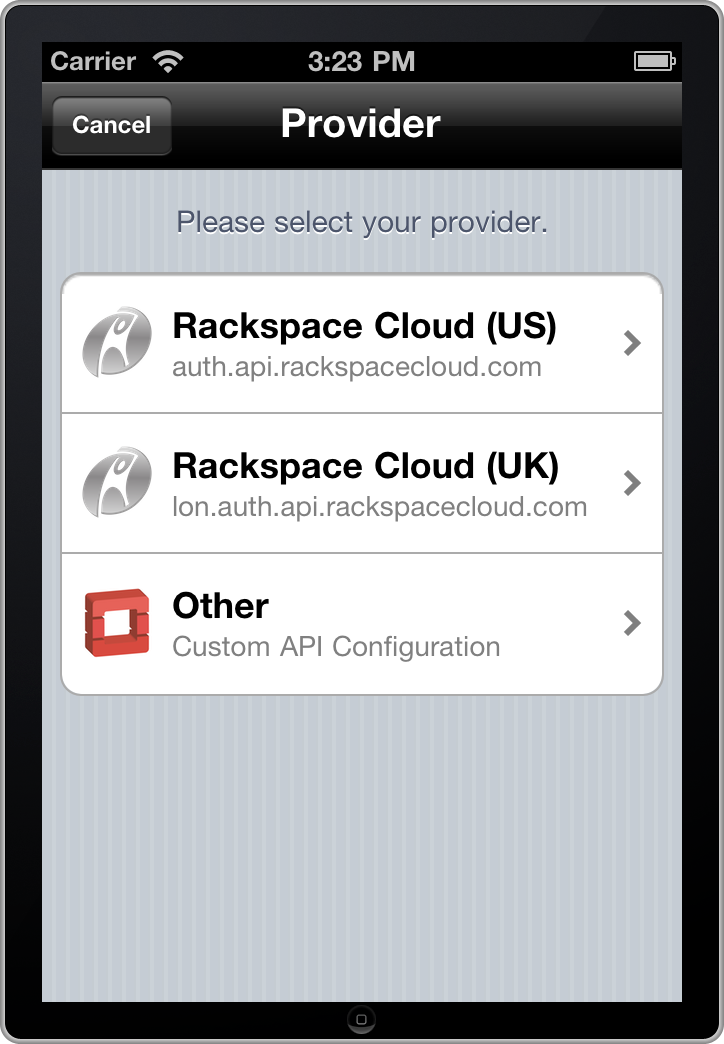 “Now through the free app, users can manage their Rackspace Cloud and customize OpenStack clouds – anywhere they have a connection!” a spokesperson for Rackspace tells WebProNews. “The universal app supports Rackspace Cloud Servers and Rackspace Cloud Files for multiple cloud accounts and in the US and UK.”

“As people debate if the tablet has a place in the enterprise, Rackspace believes adding this level of functionality mobile devices such as iPads and iPhones allow system administrators some freedom that is available to other workers who have the option to go mobile,” she adds.  “Other new features include Chef integration helping to automate processes while saving system admins time, and it is one of the first to run on Apple’s iOS 4.3, connecting audio and video Cloud Files from the app directly to Apple TV.”

“Now that the cloud application is available on more portable devices and has more features, Rackspace is extending fanatical support by bringing ease of use and portability to the cloud,” said Mike Mayo, mobile application developer of the Rackspace Cloud.

SXSW is just getting started out here in Austin. Look for more SXSW coverage, including exclusive interviews from WebProNews throughout the interactive portion of the vent.

Rackspace will be participating in various panels and events at SXSW from Saturday through Monday.