SXSW – Friends are the Future of Shopping

Willo O’Brien of WilloToons.com spoke to a packed ballroom at the Hilton in Austin at SXSW Interactive. The focus – social shopping and the future of selling stuff online.

Creativity has a lot to do with it, and it doesn’t take long in Austin during SXSW to realize that there’s enough creativity around to pack an entire city of paying creative thinkers. O’Brien herself  has experience as a self-employed artist for nearly ten years. She’s also an entrepreneur.

“One of the most powerful points of the social space is this qualified recommendation engine – you have friends that have tastses like yours, ” said O’Brien. This is probably the most important part of the discussion – one that retailers should carefully consider. 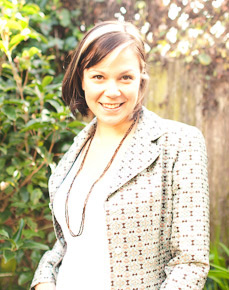 Google is paying special attention to this these days. Last year, the search engine launched its version of the recommendation engine with Hotpot, which Marissa Mayer spoke about yesterday. Google Place Pages and other reviews surfaced, will likely continue to build on the user’s social graph, and help users make purchase decisions (a massive reason why social search is so important going forward).

O’Brien also talked about the growing innovation in mobile that will complement the social recommendation concept through this with things like bar/qr code scanners, NFC technology, location-based services, etc.

Basically, regardless of whether you are shopping online or offline, your friends will be a big part of your shopping experience, even if they’re not physically with you.

None of this is breaking news, of course, but finding ways to integrate all of these elements together is going to be increasingly important for any retailer to thrive in modern times. It’s also one of the biggest driving forces among some of the Internet’s biggest players and new, interesting startups alike. The fact that so many players are chasing perfection of this concept can only mean good things for businesses – options and newfound interest from consumers.