Today is the 16th birthday of the web’s first wiki. The web owes a great debt to Ward Cunningham for starting the first wiki 16 years ago today at Wiki Wiki Web (although that is debatable, I suppose, for wiki opponents). Without this, we would not have had Wikipedia (and interestingly enough, Google ranks a Wikipedia entry about Wiki Wiki Web over Wiki Wiki Web itself for a search for “Wiki Wiki Web”).

Here’s a description of Wiki Wiki Web as described on its own Wiki:

This website and the software it runs on were created by WardCunningham for the PortlandPatternRepository. It is home to an InformalHistoryOfProgrammingIdeas as well as a large volume of material recording related discourses and collaboration between its readers.

The content is written by the users – people like you and me. Anyone can change any page or create new pages. Read the TextFormattingRules to find out how, and then go to the WikiWikiSandbox to try it yourself. Please use the WikiWikiSandbox if you want to experiment with how editing works. If you make a page you don’t want to keep, just replace its text with the word “delete”.

There’s no question that wikis have come to be a dominant part of the Internet experience for many, many users. According to the comScore Media Metrix report released this week, Wikimedia Foundation (which runs Wikipedia) Sites rank number 13 in the top 50 web properties, based on unique US visitors alone. That’s more than Apple, the NY Times, and the Huffington Post. It’s just under Demand Media. 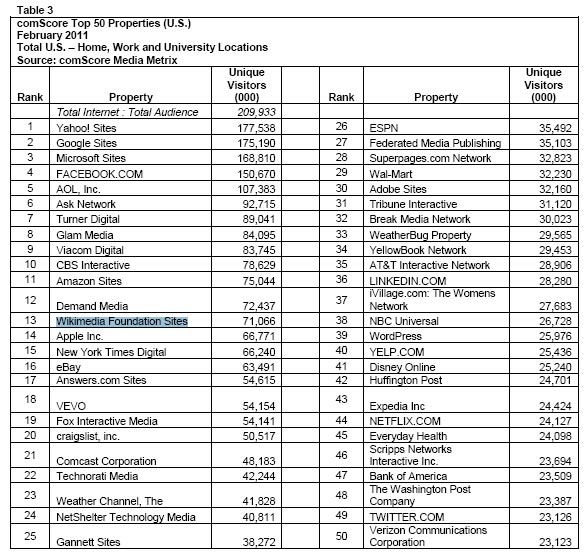 Wikis seem to be winning out in the search engines too. After Google’s Panda algorithm update, wikiHow was one of the winners. DuckDuckGo, which made it a point to block content farms from its search results as it launched, even recently went so far as to include wikiHow content in an instant answer-style box for search results on how-to queries.

“Most people only experience wikis as occasional readers of sites like Wikipedia or wikiHow,” wikiHow Founder Jack Herrick tells WebProNews. “Surprisingly these treasure troves of information are actually just a bi-product of the community collaboration that happens behind those information dense articles. It is this community collaboration that makes wikis so special.”

“Humans have an primal desire to collaborate, connect and build something bigger than themselves. And wikis continue to be one of the best ways to collaborate with others online,” he continues. “I’ve met several wiki contributors who have told me ‘wikis changed my life’ or ‘wikis made me a better person.’ I don’t hear comments like that frequently about most other web sites.”

“So yes, the fantastic information resources that wikis build are wonderful and worth celebrating, but the collaboration they enable among their communities are really what makes wikis so special,” he adds. “So thank you Ward Cunningham for sharing this beautiful gift with us 16 years ago today.”

Herrick recently detailed the quality control process for wikiHow content with us here.

@JackHerrick
Jack HerrickHappy birthday to wikis! The first wiki launched 16 years ago today. Thank you @WardCunningham for your beautiful gift.

2 hours ago via Twitter for iPad · powered by @socialditto

We continue to see innovation inspired by the rich history of the wiki. Take Qwiki, which opened up to the public just in late January, with funding led by Facebook co-founder Eduardo Saverin. It’s not a wiki site exactly, as its name might suggest, but it does utilize info from wiki sites like Wikipedia to pull together information to create an image and video-rich Wikipedia-on-Steriods kind of user experience. It does call upon users to help improve “Qwikis” by suggesting images and videos. It also provides links to more info at Wikipedia after its videos finish playing.

As a matter of fact, Qwiki made Wiki Wiki Web the focus of its daily Qwiki email today. “WikiWikiWeb, the first wiki, launched this day in 1995. Back then, people thought ‘wiki’ was a sport,” it said.