Update: NYT’s Brad Stone has written another post about Pulse. He quotes a spokesperson for the Times, who says, "We want to be clear that we are willing to work with Pulse, but only under our terms of use."

Original Article: As we referenced in an earlier article, the Federal Trade Commission is considering whether or not it can step in and save journalism. A "staff discussion" document from the FTC proposes some ideas for "Potential Policy Recommendations to Support the Reinvention of Journalism".

Rasmussen Reports surveyed 1,000 adults about such taxes. Here are some of the results they are reporting: 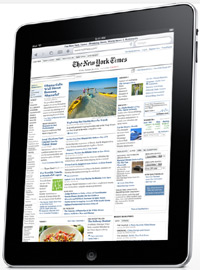 – 84% oppose a 3% tax on monthly cell phone bills to help newspapers and traditional journalism. 10% favor it.

– 76% oppose a proposed 5% tax on the purchase of consumer electronic items such as computers, iPads and Kindles to help support newspapers and traditional journalism. 16% support it.

– 74% oppose the proposal to tax web sites like the Drudge Report to help the newspapers they draw their headlines from. 18% of Adults favor placing an additional tax on Internet news sites.

– 71% oppose the creation of a taxpayer-funded program that would hire and pay young reporters to work for newspapers around the country. 14% support such a program, while 15% are undecided.

– 58% of Americans are confident that online and other news sources will make up the difference if many newspapers go out [of] business.

It’s important to note that at the beginning of the document, it says, "This draft does not represent final conclusions or recommendations by the Commission or FTC staff; it is solely for purposes of discussion," but still, these are potential policy recommendations.

Would you support any of the taxes mentioned? Share your thoughts here.

NASA Will Fly Your Face In Space