Google was recently granted a patent called "Identifying inadequate search content" that the Financial Times says appears to replicate part of the Demand Media approach to algorithmic content – a style of content production that is becoming increasingly popular among media companies (Yahoo’s acquisition of Associated Content and AOL’s new content strategy to name a couple).

Bill Slawski at SEO By the Sea has some background on the patent, as well as a patent now filed by Demand Media. Peter Berger, CEO of Suite101, another company targeting the long tail with content, reached out to WebProNews to contribute his thoughts on the subject. 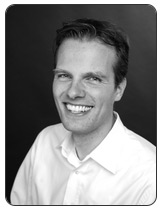 "The Google patent seems to be specific enough to leave enough room for a variety of approaches to identify underserved content areas on the Web, so even if Demand Media’s current algorithm was at risk, it should not be too hard for them to evolve it," he says. "Demand Media’s counter patent applications seem to be very broad – at superficial reading, a lot (if not all) of this will likely have to be classified as prior art as it describes methods that were in use well prior to the filing."

"The Google patent constitutes a very interesting opportunity if Google has learned its lesson that it works best as an algorithmically-driven enabler and provider, not a content publisher itself: if exploited with the web ecosystem in mind, e.g. as a feed to content publishers, it would open up the opportunity to retrieve better, actionable data from the leading search engine for our entire industry and serve the web much more useful information," he adds. "Looking at the level of investment several companies have made in this field, I wouldn’t be surprised to see this kind of data becoming a commodity soon. Google, as the owner of the most precise data, has an obvious advantage and would be virtually impossible to challenge. And, in this case, sites like Suite101.com can focus on where they have their edge: creating superior, editorial-grade content on any topic people want to read about."

We’ll leave the judgment of quality up to the readers, but Berger’s comments are interesting, and it will be interesting to see what happens in this growing industry of content.  What do you think?