Pick a road, any road.  So long as it’s in the UK, there’s a good chance Google will be able to provide you with pictures taken from it.  Today, the search giant made much more Street View imagery available, meaning its photographs now cover about 238,000 miles – or 96 percent – of British roads.

The figure below tells most of the story if those numbers don’t do it for you.  As you can see, just about every street in the UK has been navigated by camera-equipped cars (along with an assortment of trikes), leading to nearly total coverage. 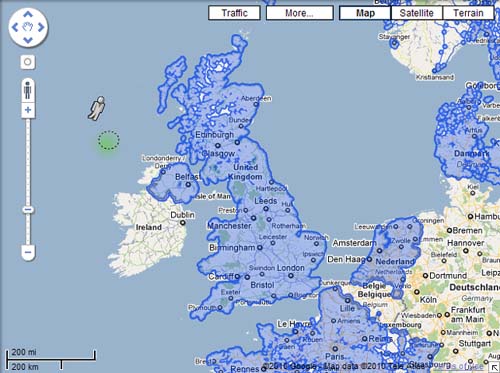 Google did all of this rather quickly, too, considering that the first pictures of the UK were only released in March of last year.

Of course, Google’s face- and license-plate blurring technology is in full effect, so privacy advocates shouldn’t have too much to worry about.  Many people in the UK are instead viewing this accomplishment as a positive thing, with tourism officials especially excited.

Meanwhile, there’s still a concern that the European Union will force Google to keep Street View images for just six months, as opposed to one year.