Eleven months ago, The Daily Show and The Colbert Report were pulled from Hulu.  Fans complained in response.  Now the shows are back thanks to a wider deal between Hulu and Viacom, and Hulu’s CEO, Jason Kilar, has also revealed some interesting stats and opinions regarding the site’s performance and the future of television.

Let’s start with a quick rundown of the content deal.  Episodes of The Daily Show and The Colbert Report will once again become available on Hulu the day after they air.  Meanwhile, Hulu Plus users will get access to episodes of Hot in Cleveland, Jersey Shore, and Tosh.0 21 days after they air, along with 2,000 episodes of older shows like Chappelle’s Show, The Hills, and Reno 911.

Rumors indicate Hulu will pay Viacom at least $40 million for all this, although no financial details were disclosed.

As for what Kilar had to say, he indicated that Hulu Plus has been successful, writing in an official blog post, "Our subscriber count will pass 1 million this year, to our knowledge the fastest start of any online video subscription service.  In the fall, we expect Hulu Plus as a business will have a revenue run rate north of $200 million." 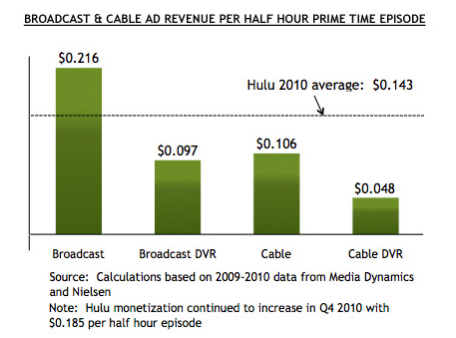 So, tackling the idea of having to pay for content (and perhaps angering network execs), Kilar concluded, "Our conviction remains that if we respect the customer and innovate effectively, we can pay content owners more from the ad side of the business than anyone else’s ad service can do (be that live/linear consumption or DVR viewing)."

Google: Are You Really Serious About Removing Web Spam?