When the news hit last week that Steve Jobs would be giving the keynote address at Apple’s 2011 Worldwide Developers Conference, it seemed as though it was good news regarding his health, which has been in the spotlight since he was diagnosed with pancreatic cancer. But today at WWDC, Jobs’ trademark black turtleneck hung off an incredibly thin frame, raising even more concerns about his health situation.

From the photos emerging and the commentary on Twitter, it is clear that many think he looked gaunt and unhealthy. Many are saying that that his voice sounded weak. Leander Kahney at Cult of Mac has a different opinion, saying “There was a lot of good stuff unveiled by Apple this morning at WWDC. But the best news? Steve Jobs looked pretty healthy. Yeah, he didn’t spend much time on stage. Yes, he looks thinner than normal. Yes, he had to hitch his jeans up a couple of times. But all-in-all, I thought he looked pretty vibrant and energetic on stage.”

This reading of the situation seems to be in total opposition with the views on Twitter, with nearly every tweet I’ve seen regarding Jobs’ health saying that he didn’t look good. If you go by the market, they also seem to agree that he didn’t look too great.

It seems that Job’s poor health and appearance at the WWDC has had an effect on Apple stock. According to the AP, Apple’s stock is down 1.3% in afternoon trading. It was up this morning, but fell shortly after Jobs left the stage. Apparently investors are worried about the effect Job’s declining health may have on the company. It seems unlikely that even the unfortunate event of Job’s death would derail the company, however. Apple just became the worlds most valuable brand according to a report by Millward Brown

Jobs received a warm ovation as he took the stage, coming out to an ironic playing of James Brown’s “I Feel Good.” During the keynote, he discussed their new Mac OS X Lion, iOS 5, and their new cloud services entitled iCloud.

Here are a couple of photos snapped of Jobs, the first courtesy of Engadget and the second courtesy of tweet from xdamman, via his Instagram account. 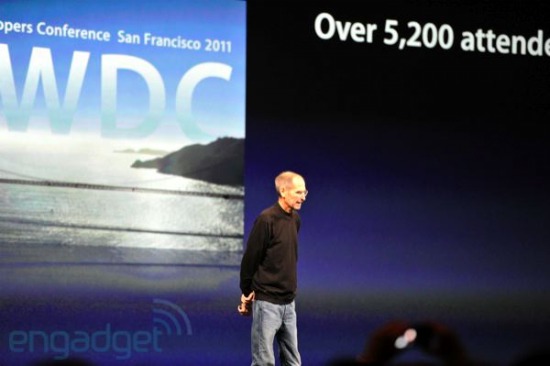 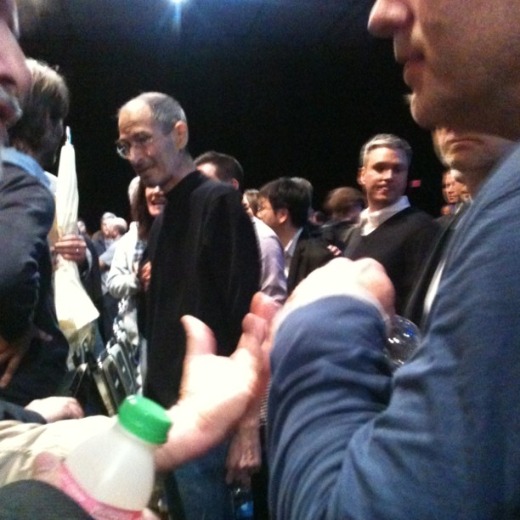 Here’s what the Twitterverse is saying about Jobs’ appearance:

@grigs
Jason GrigsbyFor example, just favorited a tweet about how Steve Jobs looked in poor health on stage. Favoriting it feels wrong in many ways.

1 hour ago via Twitter for Mac · powered by @socialditto

@binreminded
BinremindedSteve Jobs is a reminder that wealth can’t buy you health.

From what you’ve seen, what do you think?

Is Verizon Customer Service The Worst Thing Ever?