Stack Overflow announced that it is changing its company name to Stack Exchange Inc. (effective immediately).

“There’s a method behind this madness, of course: we want to emphasize the importance of the 45 sites in our network, which has long since stopped being about programmers,” says co-founder Joel Spolsky. “That, plus, whenever we told The New York Times that we were ‘Stack Overflow,’ they would go to stackoverflow.com and have a heart attack. At least this way people wondering about the company understand that we’re about more than just programmer questions. We have Battlestar Galactica too!”

Beyond programming and Battlestar Galactica-related content, sites on Stack Exchange’s network include content about fitness and nutrition, board games, guitars, bicyles, and a variety of other topics. 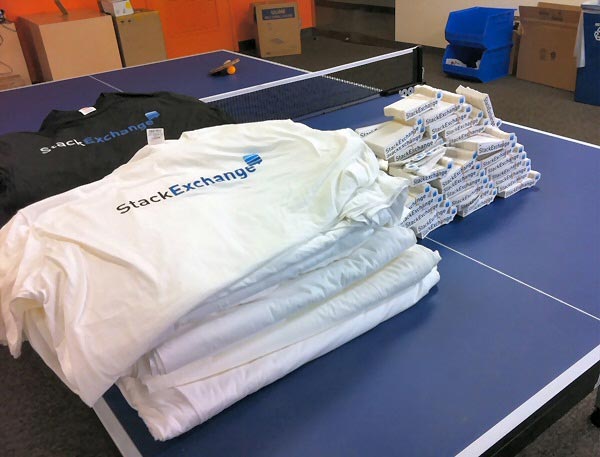 The new company name also attracted a couple of new investors, which have bought up $12 million worth of the company. These include Index Ventures, Spark Capital. In addition, original investor Union Square Ventures has upped the amount it’s put in to maintain the same ownership percentage.

“Needless to say, the new investors will want to keep an eye on all that money, so Neil Rimer from Index will be joining the board of directors, and Bijan Sabet from Spark will be an observer on the board (he can come to meetings but he can’t vote),” adds Spolsky. “And to keep from tipping the board to the investors, the ‘common shareholders’ (that is, the founders and employees) will be entitled to elect another representative of their own to the board. We picked Anil Dash, who has been blogging for even longer than I have and has been one of our most valuable advisors.”

Last month, Blekko announced a partnership with Stack Overflow in an effort to improve and maintain programming-related slashtags for its search engine.