Spotify, the popular-in-Europe music streaming service that hasn’t quite made it to the U.S., will soon be down a lead designer.  Rasmus Andersson announced today that he’ll be leaving the company in order to join Facebook.

We’ll note right here that this development doesn’t necessarily mean Facebook intends to launch a new music service.  Andersson indicated on his blog that he’ll be a product designer, not Head of Music Initiatives or something quite so grand.

Also, Andersson explained that he’s not just interested in music, writing, "For me, working with basic human needs (music, social interaction, etc) in an aspect where peoples lives are being improved, has always been the focus of my professional life, thus both Spotify and now Facebook."

It’s still significant that Facebook was able to lure Andersson away from Spotify, however.  As successful as Spotify’s been, Andersson expressed even more confidence in his new employer, stating, "I believe Facebook is a very interesting entity which is changing the way we look at the internet in large – I’m thrilled and very happy to become a part of that."

Anyway, Andersson is supposed to start at Facebook in October after he completes a move to San Francisco.

Meanwhile, here’s a press image of Spotify’s desktop app so you can get an idea of his sense of style.  And a hat tip goes to Robert Andrews. 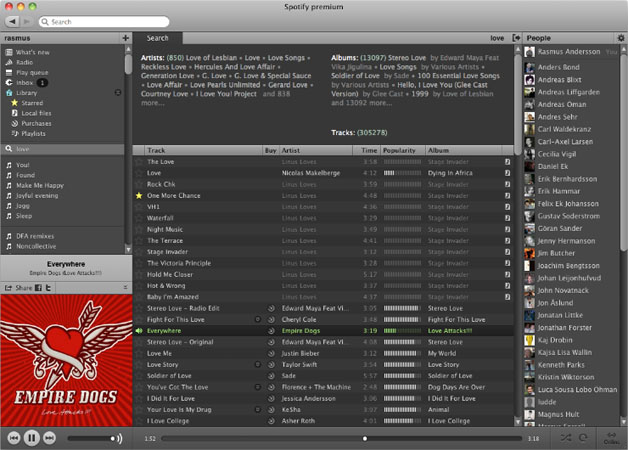 Google In Ad Deal with DirecTV