It’s become clear that site speed and performance have become increasingly important on the web, particularly with Google. The company has made a plethora of announcements over the past year or two directly related to making the web faster in general. Most recently, for example, Google announced mod_pagespeed, a tool for webmasters to use to automatically optimize their sties. "It’s like Page Speed, but makes the changes automatically," Google told WebProNews. But that’s only part of a broader initiative.

You can work on speeding up your site for Google, and that’s a good idea, but really having a faster site is ideal for users and may even keep you from losing conversions in the long run. We had a conversation with Joshua Bixby, President of site acceleration solutions provider Strangeloop. He also maintains the blog Web Performance Today. We asked him how important speed is to a site when there’s good content.

"There’s an excellent quote from Fred Wilson, principal of the VC firm Union Square Ventures," Bixby tells us. "He said ‘Speed is more than a feature. Speed is the most important feature.’ If your website or application is slow, people won’t use it – it’s that simple. Study after study has confirmed this. Companies like Amazon, Yahoo, Google, Shopzilla, Microsoft and AOL have proven time after time that when they make their sites faster, they get more page views, more conversions, more revenue, happier visitors. When they make their sites slower, even by just a couple of seconds, they see immediate negative results across the board. What’s even worse: even after they speed their site up again, the negative word of mouth takes months to shake off."

"Having good content is your bedrock," he adds. "You need it. But if you can’t deliver it quickly to the people who want it, you’re doing your content a huge disservice."

With mobile becoming a much greater part of consumers’ everyday browsing habits, this would appear to pose a problem, because let’s face it. Mobile is slow.

"The mobile world is like the web was 10 years ago, when site speed barely registered as a critical usability element," says Bixby. "It’s taken until now for speed to get the spotlight. I see mobile following a similar path, but the timeframe will be seriously compressed (i.e. 10 years of progress will take place in about two years)."

"We tend to improve speed on things we can measure, so the first important step will be measuring and benchmarking mobile web performance across industries," he continues. "We are already seeing some movement on measurement, but this remains difficult for a couple of reasons:

– Not enough companies have a true mobile web presence. Instead, they’re serving the desktop version of their site to mobile browsers. According to a recent Forrester report, 57% of companies surveyed either don’t have a mobile strategy or are just beginning to work on one.

– With dozens of mobile browsers in use, each with its own preference for rendering mobile sites, it is incredibly difficult to find a ‘one size fits all’ performance test."

HTML5 and the Browsers 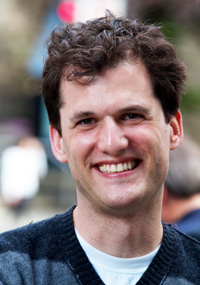 Much has been made about HTML5’s impact on the web, and it’s becoming a focus of modern web browsers. What impact will it have on overall speed and performance? Maybe not as big of one as people would like in the near-term, but that doesn’t mean it’s not significant.

"In terms of overall web page speed, HTML5 will have minimal impact in the immediate future, but far-reaching impact down the road," suggests Bixby. "HTML5 has been touted as a kind of Holy Grail that will save the web by introducing a universal standard that will solve everything from poorly performing proprietary plugins to clunky web apps. The actual truth is much more nuanced than this."

"Divested of all the hype, HTML5 is a markup language," explains Bixby. "As with any markup language, HTML5’s adoption is dependent on how browser developers and web developers choose to implement it. Right now, there’s a serious disconnect between these two development worlds."

"For example, Internet Explorer 9 is probably the most HTML5-compliant browser available today, but in a recent Strangeloop study of the top 200 Alexa-ranked retail sites, we found that sites performed no more quickly – and in many cases performed more slowly – in IE9 than they did in IE8," he continues. "We concluded that this is because IE9 is aimed at HTML5 acceleration, but most of the sites we tested do not exploit HTML5’s potential."

"From a web perspective, HTML5 has significant impact, but this will be an evolution rather than a revolution," says Bixby. "As sites evolve to take advantage of the benefits of HTML5, we’ll start to feel its impact across the web."

Site performance in general becomes particularly important to e-commerce sites around the holiday season, because this is when sales can really flow in (our out). Black Friday isn’t too far off (not to mention cyber Monday), and as businesses give attractive deals to customers, they’re going to get a ton of traffic. "The impact is always the same: horror stories of outages, down time, lost revenue, etc. This is the day e-tailers dread," Bixby says. "But this year we are seeing a number of forward-thinking retailers start preparing, not just in terms of adding more servers, but also embracing site transformation and we are very excited about how they will fare."

"It would be really interesting to see a post-holiday breakdown of which e-tailers suffered and which ones triumphed, and then correlate that with those who took an aggressive approach to site optimization," he adds.

As far as where we’re headed in the next year or so, Bixby also shared some interesting predictions about browsers, mobile, and performance in general. He thinks Chrome will become the #2 browser in 2011. "IE is here to stay, in terms of worldwide share, but Chrome will soon overtake Firefox and split share with IE. I see a world where Microsoft and Google share the majority of world’s eyeballs, with Safari in third place." He also says Android will become the #1 mobile platform.

"Major initiatives like Google SPDY will start changing the way the internet works at its foundation."

There’s no question that Google has largely been leading the charge in trying to speed up the web. The question is whether or not it will work. Google and other organizations can do everything they can, but in the grand scheme of things, it’s going to take webmaster cooperation around the Internet. That’s easier said than done.

Hulu Plus Gets 20 Percent Price Cut