The Crackle app streams full-length movies and television shows as well as originals content from the site. 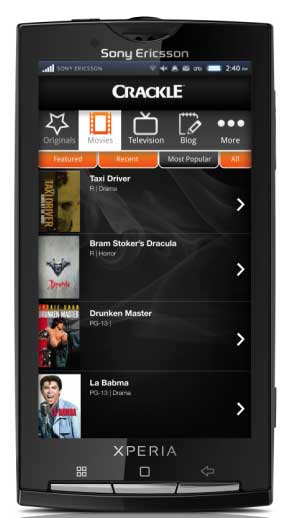 “The launch of the Crackle app is the next step in making Crackle a go-to destination across all platforms.”

The Crackle app is available as a free download offering access to the network’s original programming and Minisodes—television episodes that have been condensed to just a few minutes. Users who upgrade to the premium service will gain access to high quality, full-length, television shows and  films from Columbia Pictures, Tri-Star, Screen Gems, and Sony Pictures Classics.  At launch, users will have access to hundreds of TV episodes and movies, with new movies and TV series being added every month. The premium service costs $4.99 a month, with three and six month options also available.