Some Guy Says He Owns the Majority of Facebook

Facebook has found itself the subject of a lawsuit from a guy named Paul Ceglia who claims to own an 84% stake in the company. The Wall Street Journal reports that in 2009, New York’s Attorney General accused him of defrauding customers of his wood-pellet fuel company.

Of course this is not the first time Facebook has defended itself from claims about its origins. There have been books written about it (not to mention an upcoming film), but this one kind of came out of nowhere, and the guy’s claims to appear to fall in line with more well-known accounts of the company’s founding. 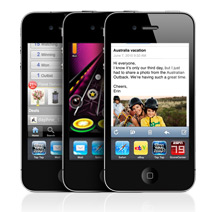 A lot of irritated iPhone 4 owners are calling for the company to issue a recall, and PR experts are calling one inevitable according to Cult of Mac. Kevin C. Tofel at GigaOm suggests they just hand out free cases to correct the problem. This uproar was amplified by Consumer Reports declining to recommend the buying of the device this week. According to various reports, Apple has been deleting threads talking about the subject from its message boards.

Microsoft made another handful of cloud-related announcements from its WorldWide Partner Conference today.

Amazon had a cloud-related announcement of its own as it introduced Cluster Compute Instances for EC2. These are described as a new instance type specifically designed for high-performance computing (HPC) applications and other demanding network-bound applications.

Microsoft launched its new Facebook integration for Outlook in the latest example of email and social media coming together in a single user experience.

Do You Need Help Sifting Through All the News?