Every now and then, a debate will pop up in the Blogosphere/Twitterverse about whether or not RSS is dead. One such debate has been raging this week, and has even got some high profile tech bloggers bickering in an embarrassingly public manner (name-calling and all).

Do you think RSS is "dead"? Tell us why or why not.

Plenty of people reside on both sides of the debate, but the simple fact that there are so many people defending RSS, would seem to indicate to me that it is certainly not dead, because clearly people are using it. I’m using it.

I use Google Reader to try and keep some order to the madness of a world in which content, relevant to what I do and what I’m interested is flowing non-stop. You can do this to some extent with Facebook, Twitter, Buzz, and other services, but I’ve simply not come across anything quite as useful for my particular preferences in this area.

Not everybody makes a living writing content, however, so I can certainly see why it would not appeal as much to the masses in the age of Twitter and Facebook. People are already using these services, and they’re in a user interface that’s easy to understand. Most media outlets and websites have Twitter accounts and Facebook pages that can be followed, with content inserted right into the stream that the user is already looking at. 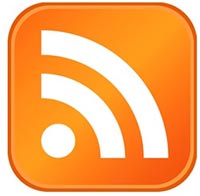 While I’m still surprised that RSS didn’t catch on, on a larger scale before the Facebook/Twitter era, services like these have probably eclipsed RSS for most Internet users for good. That doesn’t make RSS dead though.

And, by the way, I also use Twitter, Facebook, Buzz, Quora, and quite a few other services (including third-party apps, browser extensions, mobile apps, etc.) to keep up with the incredible amount of info coming at me non-stop. The truth is, none of these services (RSS included) truly solves the problem. I’m bombarded (and I know I’m not alone) with information from each one, and none of them will truly get me access to all of the information I want in a single place. RSS probably comes the closest, but it’s not perfect either. It also tends to not be as instant as the others, and it is certainly a realtime web these days.

As far as I know, there is no service in existence that does what I need perfectly as far as content consumption.

You might say I oversubscribe to feeds. I follow too many people and organizations on Twitter and Facebook. I follow too many people and topics on Quora. I subscribe to too many email newsletters or alerts. I’m creating too much noise for myself. I would not agree with that, however, because while there is an overwhelming amount of information coming in, a small percentage of it is noise. A lot is echo, sure. But you never know where the most important nugget of info is going to come from. You don’t know where that eureka moment in a story’s development will appear.

It’s impossible to consume it all. It really is. Even if I devoted 24 hours a day without sleep or spending time with my family or actually writing articles, I could never read every article, blog post, tweet, or status update or watch every video and listen to every podcast and read every email that I would need to truly get all of the information relevant to my interests.

In reporting, there’s no such thing as too much information, because when you leave out information, you leave out parts of the story. And we rely on reporters to tell the story in as accurate a way as possible. Unfortunately this doesn’t always happen, and probably happens even more rarely than most people realize.

So, to make a long story short, RSS is not dead. As long as some people are using it, it has a role. It probably has a bigger role in reporting, blogging, and journalism than it does in the average person’s daily routine, but even if that average person gets their news from Facebook, Twitter, or even the newspaper or TV, there’s a good chance that RSS played some role in helping the reporter of that news consume the information needed to report it – at least some of the time.

The bad news, again, is that there is nothing available (that I’m aware of) that truly solves the information overload problem. Frankly, I’m not sure it’s truly solvable. As more people create information, our bodies don’t start requiring any less sleep and the days don’t get any longer. So we have to rely on content curation, trust building, our own picking and choosing, and optimization of our own content consumption habits.

The good news is that we can choose whichever combination of available services to help us through this that we wish. Even more good news is that developers and startups will continue to try and solve the problem in new and different ways, and while that problem may never truly be solved, we can at least achieve progress. The donkey may indefinitely chase the carrot, but at least the donkey keeps moving.

More conversation about the topic on the WPN Facebook page.

How Will Quora Handle Being Both Twitter and Wikipedia?