Social video chat service vChatter has secured a new $350,000 round of funding, which the company will use to ramp up their development team for faster velocity on the rollout of new features, a spokesperson for the company tells WebProNews. This brings the company’s total funding up to $600,000 after raising an initial seed round of $250K in the summer of 2010.

If you’re unfamiliar with vChatter, it’s a popular Facebook video chat application with a focus on family-friendly video chat (in other words, they’re aiming to avoid the Chatroulette curse, which it should be able to do naturally being a Facebook app). vChatter did launch a standalone site in December, however. vChatter is also powering Bebo’s bChat service.

To date, over 130 million calls have been established with vChatter (since its founding last May), the spokesperson tells us. It has about 4 million registered users. 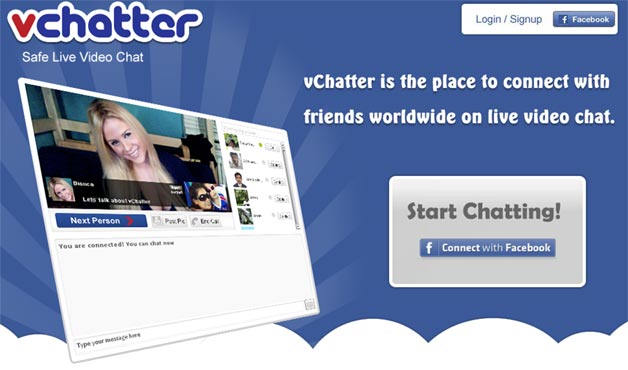 The new funding comes from a prominent group of angel investors led by Dave Kennedy.

"We have been approached by several VC firms, but decided to raise only what we needed from angels, minimize the dilution, and scale the business before taking institutional money," says CEO Will Bunker.

"As Will’s partner on the first successful online dating service that would become Match.com, I know first-hand Will’s ability to pioneer a new category and build a successful web business. vChatter has the potential to become as popular and influential as Match," adds Kennedy.

For what it’s worth, the average time on site for vChatter is 5 minutes 40 seconds.

Facebook Looks to Get More People Using the Site on Phones