Social Media Has Been Around for Centuries. It’s Not About the Tech.

In fact, we covered a report today indicating that only 6% of American adults are using Twitter. As Joshua Duncan noted, retweeting the article, "Don’t forget about the 94% that aren’t."

WebProNews recently spoke with Ted Ulle, the Senior Search Analyst for social media consultancy firm Converseon, who had a lot of interesting things to say about information architecture, comparing it to social media. It’s engagement," he said. "It’s actually promoting engagement, and that’s a big deal."

He had some other interesting things to say about social media itself as well. "The technology that allows you to connect to people in your marketplace should become invisible," he said. "It should get out of the way, and that is the evolution I see happening, and that’s one of the reasons that social media is so hot these days – because it’s people connecting with people." 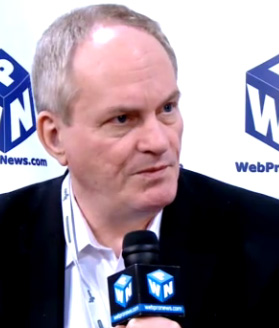 "You can use social media sites without being geeky," he added. "My mother could use social media. She appreciates that kind of thing. She likes to talk to people. That’s what it’s all about."

Ulle’s not the first to suggest that social media’s always been around, but he brought up an interesting tidbit about the history of print. "Many newspapers around the Philadelphia area, even before the independence of the United States, used to print their newspaper with blank pages and blank space in it," he explained. "The idea was that you would buy a newspaper, read an article, write down your comments about the article and pass the newspaper onto somebody else. You had social media. It was print…it didn’t matter. It was exactly the same principle."

An article from Slate.com talks about this in more detail.

"What you have is a return to humanity plus a whole new empowerment of the average person," he added. "There’s no question that any brand who thinks they can just push a message out and fool everybody is going to have to wake up pretty fast, because that’s not happening so much anymore."

"The techniques are evolving, but the principle was always engagement," he concluded. "Always, always, always."

His words echo another recent conversation we had with Patrick O’Keefe of the iFroggy Network, who suggests simply treating your followers like people.