Mobile app developer Snaptu is getting acquired by Facebook for an undisclosed amount of money (though rumors have it somewhere between 40 and 70 million). The company announced on its blog that the deal is expected to close within weeks.

In January, Facebook launched a Snaptu-created mobile app for feature phones, aimed at getting more people in the world using Facebook on mobile devices. “We want people to have a great mobile experience no matter what type of phone they carry,” Facebook program manager Mark Heynen said at the time. “Smartphones have offered better features for sharing with friends but aren’t used by most people around the world.” 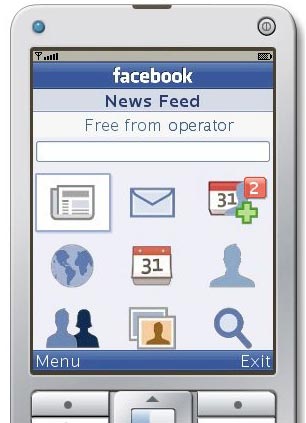 Evidently, the company just decided it would be easier to own Snaptu going forward. Here’s an excerpt from Snaptu’s announcement:

Our goal when we founded Snaptu in 2007 was to provide useful and innovative services to the 95 percent of mobile users that don’t have access to advanced smart phones.

Earlier this year, we announced the launch of a new Facebook mobile application to give people a great mobile experience on a broad range of feature phones. The Facebook for Feature Phones app currently works on more than 2,500 devices.

We soon decided that working as part of the Facebook team offered the best opportunity to keep accelerating the pace of our product development. And joining Facebook means we can make an even bigger impact on the world.

Snaptu says it will provide more details about the deal soon and will be focused on making “richer and more advanced” Facebook app on every mobile phone. The company will continue to operate as normal during the transition.

Facebook said in a statement, “As part of Facebook, Snaptu’s team and technology will enable us to deliver an even better mobile experience on feature phones more quickly.”

Snaptu has not only made apps for Facebook, but also for Twitter, LinkedIn, Mashable, and others. Interestingly, it has made an app for Google’s Picasa. With the relationship between Facebook and Google getting more complex by the day (particularly in the social/sharing space) this is a very interesting element to consider.

Facebook is the top site for photo sharing, and in that area it is a direct competitor to Picasa Web Albums.