Slacker has raised $3 million in debt funding according to a SEC filing. This adds to the growing number of music startups that have gained additional funds in 2011. While Slacker is known more commonly as a rival to Pandora in the coming months, they will be taking MOG, Rdio, Rhapsody, and Thumbplay Music head-on in the subscription music service sector.

No launch date is confirmed yet, but there’s a high likelihood that Slacker will go live before Spotify comes to the US. Don’t fooled though. The fact that the media isn’t tracking Slacker’s every move like they do Spotify doesn’t mean anything.

The company is coming to market a with a very strong strategy. With a free radio offering at the front of their service, users will be able to slowly acquire songs and build their collections. Rather granting users limited access to favorite songs like Spotify does, Slacker will charge them for the privilege. By offering three tiers of service – free radio, paid radio, and on-demand – Slacker gives users with room to grow. Unlike other cloud-based music services, the company will not turn new users away once their free trial has ended. This small element may prove critical to Slacker’s success. So far, no company has cracked the subscription music formula and excited fans in a big way, but Slacker is the outlier to watch in 2011. 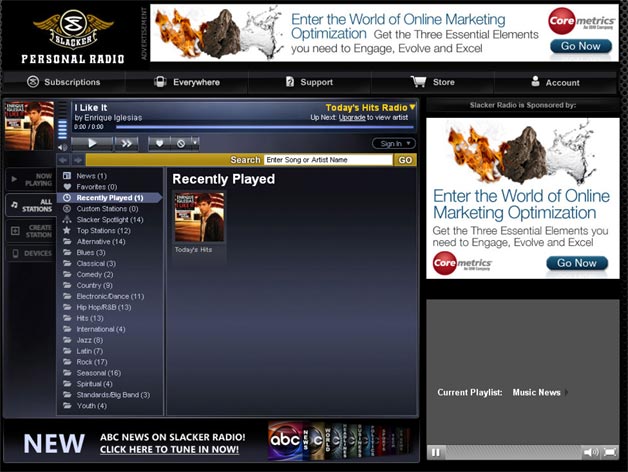