In this industry, we often look at growth numbers for companies – how many users they have. These numbers are always interesting to watch, but they are not always indicative of just how popular a particular service is. Just because someone has an account with some service, does not mean they use it every day, or even at all.

This makes Skype’s numbers all the more interesting, because they do in fact reflect true popularity – active users. Skype announced today that it has hit a new record of 30 million users online at the same time.

On Skype’s blog, Peter Parkes writes, “A few hours ago, Skype passed a new milestone. There were 30 million people, online on Skype, at the same time.”

37 minutes ago via CoTweet · powered by @socialditto

Rumors have also been going around about Skype being in talks with Facebook. Now that could seriously boost simultaneous users of Skype’s video calls.

Earlier this month, Skype introduced advertising in its home tab, so it may be able to turn all of these users into increased revenue as well. 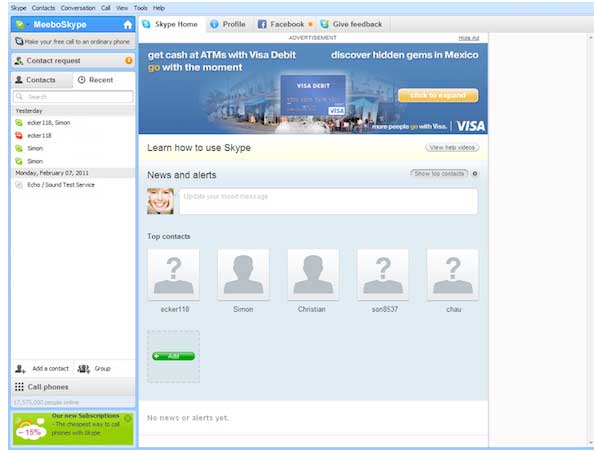 iOS and Mac OS Upgrades To Be Unveiled in June