Of the iconic photos that have emerged (few) and will emerge (many) surrounding the death of Osama Bin Laden, one is the clear leader. The “situation room” photo has become the one image that we all associate with that day.

The image of President Obama, Veep Joe Biden, Secretary of State Clinton and other VIPS as they “receive an update on the mission against Osama Bin Laden” has already been discussed to the point of exhaustion by careful, scrutinizing eyes. Since the photo was released, we have learned that the Navy SEAL team that performed the operation wore head cams, and the White House watched live stream of the mission. Could this photo-moment be the exact moment where they were watching it go down? Hillary Clinton’s reaction sure suggests that something interesting was happening on the screen.

And then there are the other observations. Why isn’t General Marshall Webb looking? What could possibly be on that document that the White House felt the need to obscure? All the coffee cups have official seals? Awesome!

Anyways, this image is now part of the national consciousness, and now there are some stats to prove it. TechCrunch has received some figures about the photo from Flickr. The photo was posted at 10am PDT – check out the exponential rate of views:

As of right now, the photo has over 1.64 million views on Flickr. The most viewed photo currently is a 5-year-old photo of Nohkalikai Falls, Cherrapunjee. It has just under 3 million views. 5 years to get 3 million against 2 days to get 1 and a half million? Yeah, it’s looking likely that the “situation room” pic will steal the crown as most viewed pretty soon.

As mememakers are already having a field day with the death of Bin Laden, the “situation room” pic is, of course, its own meme – prompting the best work of those mememakers across the interwebs. The first one to emerge shows Jersey Shore’s “The Situation” standing behind Obama in the “situation room.” I refuse to show that one, as it really does go too far. *Shudder*

These, on the other hand, are winners: 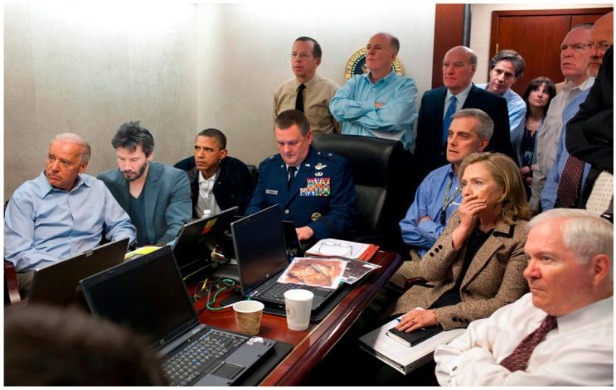 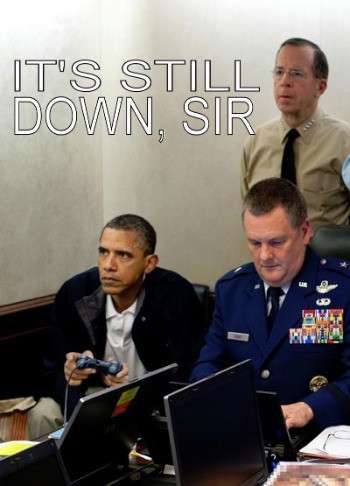 May 4, 2011
Recent Posts
Registration is disabled.