Should Mainstream Media Be Held to Different Standards Than Bloggers?

Should mainstream media be held to different standards than bloggers when it comes to crediting sources? Mainstream media agencies have frequently turned their noses up at bloggers, essentially claiming that they steal and repurpose the work of their hard working journalists. While this may be true in some cases, it is hardly fair to say that this is true in general. In fact, this week, we’ve seen a clear example of the hypocrisy of this notion, because mainstream media publications are clearly just as guilty as blogs when it comes to improper crediting of sources.

Do traditional media publications have less of an obligation to credit sources than bloggers do? Tell us what you think.

This example came in the form of Search Engine Land Editor-in-Chief Danny Sullivan breaking a story, and then numerous publications running with it, without mentioning Danny’s piece as a source, which it clearly was in the instances he points out. He makes his case here, and we discussed it further, with some additional commentary from Danny here.

We asked Danny, who says he is a traditionally trained reporter, and worked for daily newspapers for five years, how often he thinks mainstream media outlets are taking stories from bloggers, twitterers, etc. "I think a substantial amount of news is coming off tips seen on forums, blog posts and elsewhere on the web. Not a majority. But a noticeable amount, I’d wager."

The AP is one organization that has famously expressed disdain with blogs in the past (ones that quoted AP stories and gave credit), and the AP stands out as an example Danny points to as a possible offender in his case. Note: after Danny called them out, a number of the publications (not including the AP) apologized and/or added links to their stories.

Out of the mainstream stories that do take from blogs, you have to wonder what percentage of them link to the source material, and how that stacks up to the percentage of bloggers linking to the mainstream sources.  While certainly not always the case, bloggers are traditionally not shy about linking, because most serious bloggers appreciate the value of a link, and know that not acknowledging sources can be damning to their reputations. Perhaps the offending parties in the mainstream assume that their reputations are already too great to worry about such things.

The FTC is considering whether or not it can step in and save journalism. Jeff Jarvis, writing for the New York Post, points to a "staff discussion" document from the Federal Trade Commission that proposes some ideas for "Potential Policy Recommendations to Support the Reinvention of Journalism". You might think that such a document would greatly acknowledge the impact of blogs on modern journalism, but as Jarvis notes, blogs are hardly mentioned.

"If the FTC wants to reinvent journalism, perhaps it should align with news’ disruptors," he writes. "But there’s none of that in this report. The word blog is used but once in 35 pages of text–and then only in a parenthetical mention of soccer blogs." In all fairness, the report does say:

"Studies have shown that newspapers typically provide the largest quantity of original news to consumers over any given period of time. We include within the term ‘newspapers’ online news websites run either by an existing newspaper or by an online-only news organization." (emphasis added) 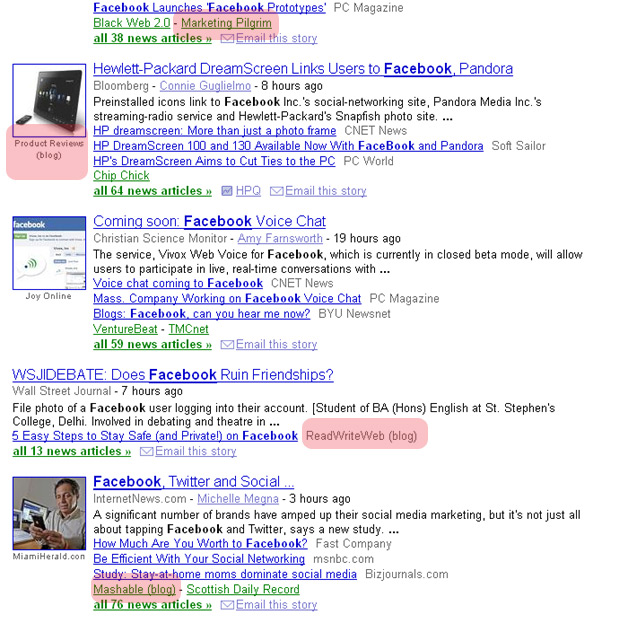 An important note at the beginning of the document reminds us, "This draft does not represent final conclusions or recommendations by the Commission or FTC staff; it is solely for purposes of discussion," but remember, these are potential policy recommendations.

Blogs are press. Go to major events, and you will find bloggers with press passes. Companies and organizations view blogs as press. They give them information to report on – not only at events, but they send press releases and tips via email, and they call influential bloggers. On the flipside, bloggers hunt down facts. They research. They ask questions. They email and make phone calls. They even go on location. In many cases, especially within niches like the tech industry, blogs will break not only some of the news, but maybe most of it.

Jarvis put it well, when he said that "the barrier to entry into the media business has never been lower — and that means news can grow."

That low barrier may be looked upon too often as a negative, when in fact, it means there is room for more news, and more competition for breaking news. Yes, some of this material comes in the form of discussion around existing stories (and sure, regurgitation sometimes), but it also comes in the form of fresh news. As we’ve seen (with Danny’s example painting a pretty good illustration), mainstream media is also guilty of regurgitation, and can sometimes even be stingier about acknowledging sources.

So the real question is, why should mainstream media be held to a lesser standard for attribution than a blogger? Sound off in the comments.