When the Allied forces began to turn the tide of their conflict against Hitler’s Germany in 1944, one of history’s most disturbing events was about to be discovered. 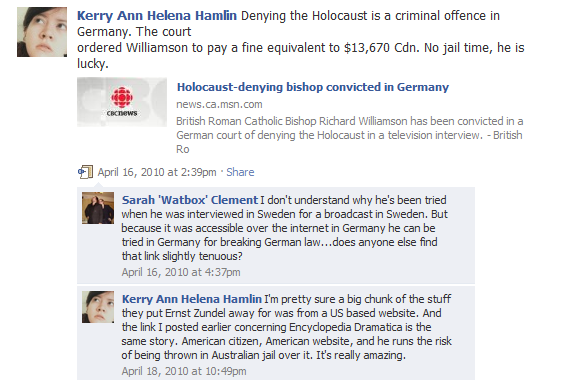 Named the Final Solution by the Nazis, and subsequently known as the Holocaust around the world, concentration camps were found by Allied forces advancing toward Germany. The first major camp was Majdanek, which was found by the Russians in July 1944. This was followed by other camps in 1945.

The concentration camps were built for one reason – the extermination of the Jewish race by Hitler, in an attempt to breed the perfect Aryan race of blond hair and blue eyes.

While the exact number isn’t known, over six million Jews died in these camps – two thirds of the Jewish residents of Europe at that time. Of this number, one million children perished, along with two million women and three million men.

However, the numbers could be far more – many scholars feel the genocide of other ethnic groups by the Nazis, such as homosexuals, disabled people, Romani and other cultures, should be included. This would mean around 11 million people were murdered in the Holocaust, all because of one man’s twisted vision.

It’s a viewpoint that’s raised questions on free speech and opinions and if, by denying the right to deny the Holocaust, people are having their own right to speak abused.

A caveat. I’m a huge believer in free speech and differing opinions, and often get shit on because of it – c’est la vie. I will admit I don’t agree on all speech being free – clear hate and sex crime/hate, for example, are some areas I feel opinions step over the line. But then does that make me against true free speech? Possibly.

That’s a personal opinion, though, and would affect very few people in the grand scheme of things (and only if I spoke out). A social network like Facebook, with over 700 million users, is a different kettle of fish. It’s a public platform that allows anyone and everyone to post (and access) status updates, thoughts, views and more.

Facebook’s policies look to encourage free speech and opinion, and rightly so. But is there a limit to which this should stop, and a different policy invoked?

That’s one of the questions currently being asked of Facebook by survivors of the Holocaust, in a plea to Facebook to remove groups that have been set up to deny the Holocaust ever happened.

In an open letter posted on the Simon Wiesenthal Center website, the survivors ask Facebook to re-evaluate their approach to what’s classed as free speech versus hate speech so that the atrocities of the past aren’t repeated.

In dialogue so far between the survivors group and Facebook, a Senior VP at Facebook has advised of the importance to “…maintain consistency in our policies, which don’t generally prohibit people from making statements about historical events, no matter how ignorant the statement or how awful the event.”

I’m not sure I can buy that.

Free Speech or Road to Conflict?

As I mentioned earlier, I’m a huge believer in free speech and opinion – yet should all speech be free? Opinion is different – you can keep that to yourself. But, by definition, speech is public and has the ability to change mindsets and start movements.

A speech by Hitler in 1938 led to a movement. It resulted in the deaths of at least six million people.

I’m not naive enough to believe that had the speech never happened, the Holocaust wouldn’t have. Hitler was determined in his path to the Final Solution, and if that speech hadn’t happened, others would have (some did). Nazism was much more than words from a balcony.

But if there’s one thing that history can teach us, it’s that words can be dangerous. When hate is powerful enough, it can see words become a powerful weapon. The world saw its results from Nazi Germany. It sees its results in countries where dictators rule by force, and people live in fear of their gender, sexuality, beliefs and religion being used against them.

Free speech is important – it differentiates true freedom from state-defined freedom. The question is, if free speech is silencing voices and historical fact – and has the potential to incite violence – should it still be free?

I don’t have the answers, just my opinion. You?

Check out DannyBrown.me for more articles by Danny Brown