Richard J. Tofel at Nieman Lab posted an interesting article, saying that, “someday, the sun will set on SEO,” and that “the business of news will be better for it.”

Will the sun set on SEO? Tell us what you think.

To sum up a lengthy post (at least my interpretation of it), the point Tofel makes is that publishers are abusing search to get views (nothing new there), and the news industry is suffering for it, but with Google taking stronger action, SEO tactics might fall by the wayside.

He does make some interesting points. For example, “The Huffington Post/AOL deal may mark something of a watershed in this progression,” he writes. “Much of the $300-million-plus in value HuffPo has built has been in playing very smartly by the SEO rules of the first decade of this century. But if it is true that most entrepreneurs sell out near the top, and it is, then perhaps we have just been sent a signal by one of its masters that the dark arts of SEO have peaked and that the century’s second decade will see them fade, perhaps into near nothingness by the third decade. In other words, it seems increasingly likely that, when the history of this era is written, SEO will turn out to have been a transitional phenomenon.”

He also refers to Google’s recent crackdown (Panda update) on low quality content as a “small step in an inevitable direction, with the direction being the sunset of SEO.”

Google’s Panda Update did make it pretty clear that quality content is more of a focus than ever before, as many sites felt its wrath. Google’s search results still have quality issues, and probably always will. It’s not perfect, and Google would no doubt be the first to acknowledge that. That’s why Google’s engineers always have their work cut out for them, keeping up with new tactics (and old ones that still work) employed by site-owners to get their content moved up in the rankings. Google has even said that its current algorithm can still be gamed. You can still optimize.

Google, of course encourages many white hat optimization tactics – those which help it index the content more efficiently, and provide a better user experience. It is the black and even “gray” hat stuff, I think, that Tofel is mostly referring to. He does say “the dark arts of SEO.”

A tactic’s placement on the gray scale, will vary, depending on who you talk to anyway. The Panda update should be considered a call-to-action to not rely totally on Google for web traffic. Smart site-owners have always known this, but sometimes (to quote Cinderalla), “you don’t know what you got, ’til it’s gone.” That goes for web traffic.

We’re seeing a large trend of publishers trying to put a great deal more emphasis on social channels to decrease their dependence on Google. Meanwhile, social channels are also becoming go-to sources for finding a lot of types of information.

This is why getting social search right is so important. Google is trying, but so far failing. Don’t get me wrong, Google’s social search can be useful, and it is getting better, but as long as it doesn’t include Facebook data, it’s just not going to be as good as it otherwise could be – that is unless Facebook goes the way of MySpace, which is looking more and more unlikely at this point. Even then, however, it would still leave Google imperfect. There are still millions of people who use MySpace.

This is working in Bing’s favor. Bing has been doing more with Facebook data, but it has the challenge of winning over users – a challenge that isn’t as difficult for Google at this point, and there are still plenty of areas where Google simply offers a good user experience. Social isn’t everything. But it is is very important.

This is also why Facebook itself could eventually make a huge splash in the search space, if it chose to do so. The social network seems to be taking on just about every other industry (now movie rental). Why not search? We discussed this in more detail here. 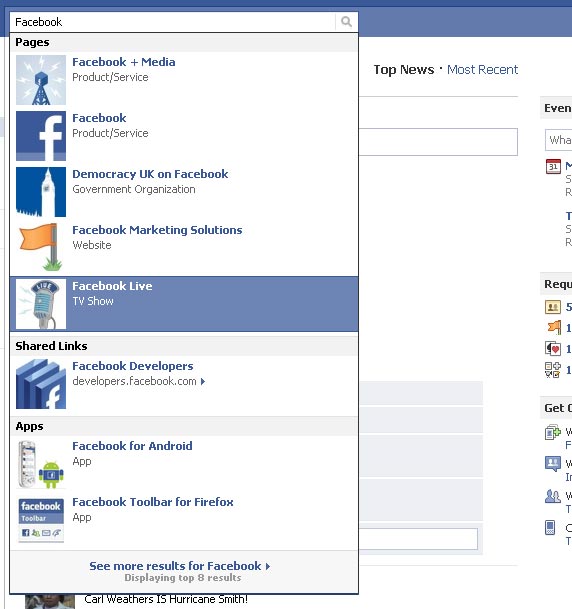 Every time the “is SEO dead?” conversation comes up, which is fairly often, the general consensus, is ordinarily along the lines of “no, it’s just changing.” I think that still holds true. Even as social grows more important, search will always have its place, because users will always need to find something, and their friends will not always have the answers. Even if some friend does have the answer, they’ll have to find it – sometimes without starting a new conversation.

While the big brands battle with corporate politics and struggle to strike a perfect version of social search, other smaller companies are doing interesting things, building upon the big services we already use – companies like Greplin, Wajam, Backupify, etc.

Right now, users have options to enhance their own search experiences. These options will continue to improve. It will be interesting to see if the big players can take these types of things mainstream, and make them the normal search experience for the average user.

As far as SEO peaking, I’m going to go with the usual, “it’s just continuing to evolve” conclusion.