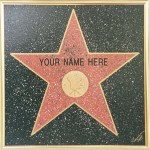 All those of you with common first and last names like John Smith or Jessica Jones or Bob Johnson will appreciate how hard it is to rank for your personal brand – your name. There must be hundreds of people active on the Internet who share your name.

And any reader with a name like Drew Barrymore or Larry Page… well, you know the chances you’ll ever rank well for your name.

But perhaps the worst off are those with common first and last names who also share their name with a huge celebrity. Think Dan Brown or George Harrison or Megan Fox.

Well, this is a personal story. If you search “David Leonhardt” right now, you will see there are three of us with the exact same name with a presence on the Internet. (Guess who the two imposters are.)

As I grew increasingly active, some pages related to me started to rank in Google’s top ten for my name. Yay!

But another dude who writes for the New York Times was also getting active, so he also was breaking into the top 10 in a big way.

This New York Times David Leonhardt was in fact causing problems for me offline, too. A friend saw his by-line in the Toronto Star (I think it was) and the topic was even related to my happiness book, and a friend thought it was my article.

Even worse, my brother saw one of his articles in the Globe and Mail (I think it was) and again the topic was related to my happiness book. This time my brother thought it was my article.

And just over a month ago, this New York Times guy who shares my name (never asked my permission, mind you) goes and wins himself the Pulitzer Prize for “Commentary”. Thanks a lot!

As anyone who reads this blog knows, I am all over on the Internet, commenting on blogs, active in social media, building links, networking – you don’t get more active than me.

And the winner is…

So let’s take a look at what Google thinks of all of us David Leonhardts. This is a snapshot at the time of writing…

What can we conclude by this case study?

We know that the domain name is important, as is anchor text – and surely the David Leonhardt Jazz Group has plenty of inbound links with “David Leonhardt” in the link text. (I did not check, but I do know he owns a number of other name-related domains specifically for wedding performances, etc.)

We also know that activity, inbound links, social media signals – all the stuff that I am doing just naturally every day (with a bit of SEO-savvy thrown in) are also important.

But it appears fame trumps SEO. New York Times David has six out of ten positions, including the top five. I am holding my own, sort of, perhaps down just a bit from my peak a couple years ago (I think I had as many as five spots at one point, including the third place ranking). And the once dominant Jazz Group David risks being pushed off the top 10 completely.

The lesson: If you want top rankings, get famous. Do things that win you real acclaim out in the real world, and Google will reward you on the Internet for your renown.

May 20, 2011
Recent Posts
Registration is disabled.