Another very significant person has come to recognize the value of Twitter.  Today, Russian President Dmitry Medvedev stopped by Twitter’s headquarters in San Francisco, met with the company’s executives, and sent his first tweets.

Another indication: Medvedev, who’s gaining followers at a rapid pace, at one point wrote, "Thanks everyone for visiting my Twitter page.  I hope to keep your interest."

Meanwhile, as you might imagine, Twitter’s representatives were all smiles.  On the Twitter Blog following Medvedev’s visit, Biz Stone wrote about being "honored" by the president’s "generous" decision to stop by. 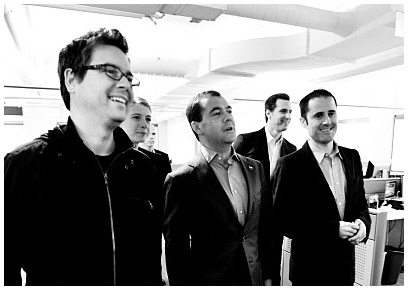 Stone then worked in a mini-commercial for his site, adding, "Recognizing the power of new technology and learning to leverage it to advance humanity in positive and meaningful ways is a powerful display of leadership.  It was a great chance for us to share our passionate belief that the open exchange of information can have a positive global impact."

Anyway, in addition to Twitter, President Medvedev will visit Apple, Cisco, and Yandex while he’s in California.