Being a Time Warner Cable TV subscriber, I naturally snagged the new TWC iPad app to try out immediately on release. As someone considering cutting the cord at some point, I wanted to see what my cable company might have up its sleeve to entice me to stay on board.

Installing the app was, not surprisingly, a snap, as is usually the case with iPad apps from the Apple app store. Once installed, I had to go to a web site and register as a Time Warner Cable subscriber. The darned thing wanted my account number, which was a pain, because I am enrolled in auto-payment, so I haven’t seen an actual bill in over three years. I had no idea what my account number might be. So, off to the local TWC web site and a quick chat session with a rep, who quickly and easily provided that info. 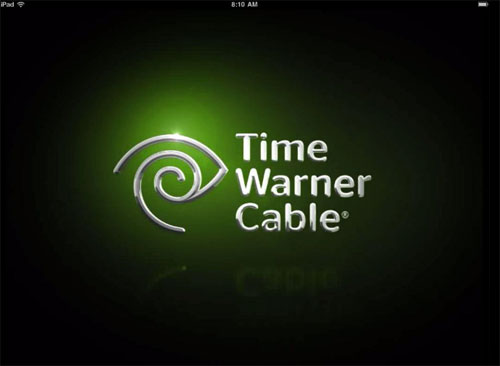 Once registered, I simply logged in with the app and was presented with a very sharp looking TWC logo and then the picture from a channel with a channel overlay covering the left side of the screen. 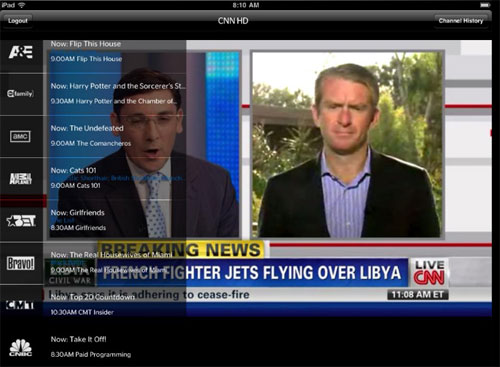 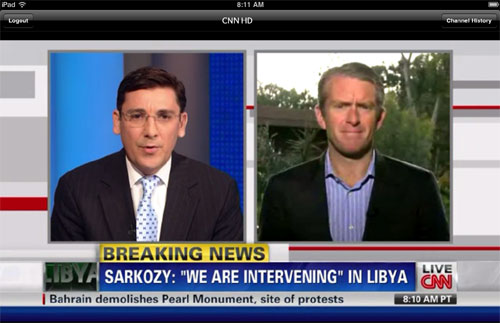 All in all, the TWC iPad app is a nice start, but no cigar. I firmly believe that TWC thinks that this app is a nice add-on for its customers, but I have to say that it in no way would stop me from leaving and cutting the cord.

What would make me think twice about giving up Time Warner Cable? One word – CHOICE.

That’s a dirty word to cable companies, who apparently still believe that the old model of shoving packages full of crap down consumers throats still works. I have ALWAYS resented paying for a package full of garbage channels I have no interest in just to get the few I will actually watch. Examples – WHY are there something like twenty foreign language channels in my package? I don’t speak the damned language, so WHY are they there? I NEVER buy anything on home shopping channels, so WHY are they on my TV?

TWC apparently has the same idea with this app. They’ll give it to me free, but, well, only if I stay home to use it. For many of us, that makes this app worthless. The TVU Networks app, which is NOT free, is something I’ll use more than the TWC app. At least I can take it with me. At least I have a choice!

So, I’ll leave a major rant about not being able to purchase individual channels for another time. The choice that applies to this app is the ability to take it with me. Without that choice, streaming options like Netflix, TVU Networks, Hulu, Boxee and Roku are looking better every day.

If you happen to have a PC connected to your cable, a mobile alternative to this app is the free Orb software combined with the iPad or iPhone/iPod app (the paid one, not the freebie).  With these (and a compatible tuner), you can take your cable programming with you, not only on your laptop, netbook or iPad, but also on an iPod or iPhone (the TWC app is only for the iPad).

And, there’s also the Slingbox for viewing remotely.

Yes, I understand that at some point more options, such as pay per view, might be added to the TWC app, but you are STILL CHAINED TO YOUR CABLE MODEM.

Originally Published at The Web Optimist – SEO in The Desert.

T-Mobile iPhone Not in the Cards Just Yet