Much as someone born and raised in Boston probably won’t sound the same as a person who grew up in California, people don’t always tweet alike.  And while that may appear obvious, Carnegie Mellon researchers studied the presence of slang and different dialects on Twitter and discovered some interesting facts.

One point about the methodology: this was a little more involved than just looking up a few Twitter users and making observations.  The researchers developed an automated method for analyzing word usage on the site, and wound up with a sample of 9,500 users and 380,000 tweets.

As for what they found, an official release indicated, "In northern California, something that’s cool is ‘koo’ in tweets, while in southern California, it’s ‘coo.’  In many cities, something is ‘sumthin,’ but tweets in New York City favor ‘suttin.’"

What’s more, "While many of us might complain in tweets of being ‘very’ tired, people in northern California tend to be ‘hella’ tired, New Yorkers ‘deadass’ tired and Angelenos are simply tired ‘af.’"  (Note: "af" stands for "as f__k".)

You can see more popular terms arranged by region and subject below.  Some are obvious ("cab" in New York) . . . others, less so (who know Chipotle was so popular around Lake Erie?). 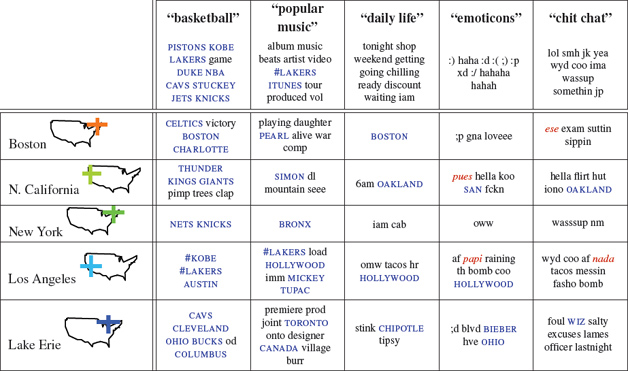 There’s also an 11-page paper the researchers published if you’d really like to get into the math of the automated method and learn more about patterns related to dialect and slang.

FDA Warns Of Scam For People Who Buy Drugs Online