Twitter mentioned in a blog post about how its Trending Topics work that its users are sending over 95 million tweets a day. A report from the Pew Internet & American Life Project reveals some more interesting information about Twitter usage in America.

For instance, 8% of adult Americans that use the Internet use Twitter. 2% use it on a typical day. The report says that 74% of American adults are Internet users, with Twitterers making up 6% of the entire adult population in the country. 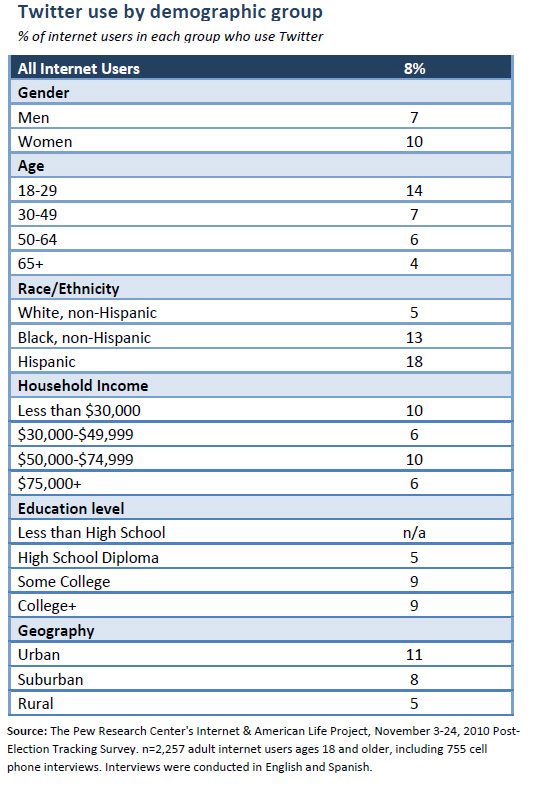 "The message service Twitter launched on July 15, 2006 and now claims tens of millions of users worldwide," Pew Internet says. "It is one of the most popular online activities among tech enthusiasts and has become a widely used tool among analysts to study the conversations and interests of users, buzz about news, products or services, and announcements by commercial, non-profit, and government organizations. For instance, it is an important component of the analytical work by our colleagues at the Pew Research Center’s Project for Excellence in Journalism in its New Media Index, which assesses the most prominent topics discussed in social media every week."

Twitter’s usefulness for news has been well documented. The company just began sharing a great deal more geographical data with developers this week, and we can expect Twitter to get a lot more useful for location-specific content pretty soon.

Pew Internet explains the methodology behind the study here.