If you had your choice, would you get up and turn the television channel manually or would you give up sex?  The answers, at least 36% of them, might surprise you.

Thanks to a just-in-time-for-Valentine’s-Day survey conducted by Logitech, they discovered 36 percent of Americans would rather give up having sex instead of their remote control.  It’s been said that those who wield the remote control, wield the power of the household, but at what cost?

If you’d rather go without physical love-making because your remote is so precious to you, perhaps a couple of trips your neighborhood therapist is in order. 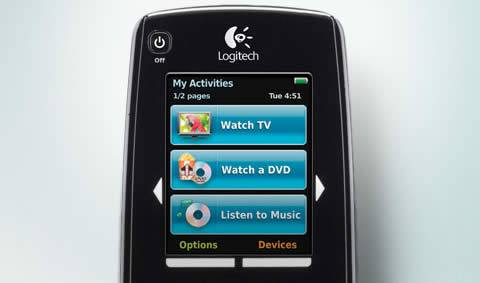 While the study hasn’t been posted — in fact, the Logitech blog links to a press release from November of 2010 — ZDNet has some of the depressing details:

The peripherals company has strategically leaked a few results from the report, Global Remote Control Trends Study, in the run-up to Valentine’s Day, including the finding that more than a third of Americans (36 percent, to be exact) would rather forgo sex for a month than give up their remotes. Even a fifth of French respondents answered similarly, ready to pour cold water on l’amour.

It gets worse. Twenty-seven percent of respondents would prefer to stop using their toothbrushes for a month than lose access to the remote control.

Yuck mouth over the power of the remote control?  Perhaps a trip to the therapist isn’t enough, Perhaps some electro-shock therapy is in order.  Granted, I, too, love my remote control, but certainly not to the extent where I’d sacrifice healthy dentifrice and a healthy sexual relationship to be in charge of it.

Granted, 64 percent of those surveyed come across as sane, got-my-priorities-right type of respondents.  The other 36 percent?  Not so much.  Don’t get me wrong, I love Sons of Anarchy as much as the next SoA fan, but I’ll be damned if I let it get in the way of some well-earned quality time.

On the bright side, if you’re one of the unlucky ones who has a significant other who meets the “would not give up the remote for sex” criteria, I guess you know what to get them for Valentine’s Day now.